I’m fast coming around to the view that the concept of free will is what Ayn Rand called an anti-concept.

An anti-concept is an unnecessary and rationally unusable term designed to replace and obliterate some legitimate concept. The use of anti-concepts gives the listeners a sense of approximate understanding. But in the realm of cognition, nothing is as bad as the approximate …

Free will is designed to obliterate human decision-making.

Other people (including God) hold us accountable (i.e., deserving of moral praise or blame) for our decisions. That’s all there is to it, and all you need to know.

The Singularity – the technological creation of smarter-than-human intelligence – is coming, as early as 2030 according to some estimates. The first smarter-than-human AI will make decisions, like we do, only better. Will it have free will? That depends on whether other people (including God) hold it accountable for its decisions.

“The first was like a lion, and it had the wings of an eagle. I watched until its wings were torn off and it was lifted from the ground so that it stood on two feet like a human being, and the mind of a human was given to it. (NIV) 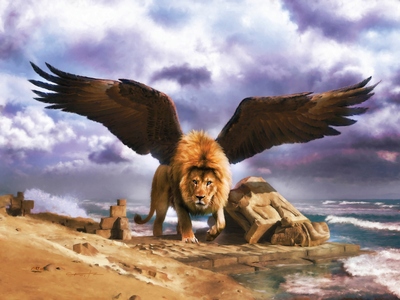