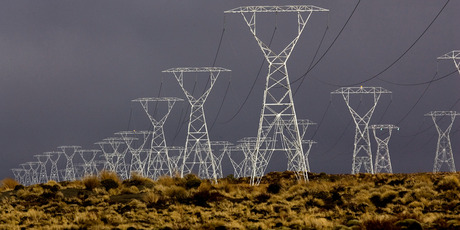 Some of my best friends are socialists. One friend in particular often has good arguments in favour of government interventions in a variety of flavours. Here’s one of them, in response to this article in the NZ Herald on rising power prices.

Its no surprise that electricity prices in NZ have doubled in real terms (compared with overseas) in the last 30 years (as per the article in your link).

Interesting to look at the wage bill, interest bill and profit (and where the profit went) for the old system and compare with the new.

And also look at the nature of the generation and distribution assets , old and new i.e. how much of todays electricity as supplied by dams and plants that were there 30 years ago.

I have no doubt the the old government owned system was:-

Also with the old system
little marketing and advertising  costs
reduced management costs
greatly benefitted from orders of magnitude
reduced compliance costs (annual reports. legal costs etc)
profits went to the government to offset taxes
Central planning was done to benefit NZ – not to manipulate the system to the benefit of those receiving bonuses (smartest people in the room syndrome)

Cutting the system up into competing entities means that in many cases where there used to be one job there are now about 6. Plus each of the new entities now has its own marketing department. I project managed the multi-million dollar computer that is required to calculate the billing between generators and retailers.  Such complexity was unnecessary in the old system. And someone has to pay for all those people treading the streets trying to persuade households to switch from one retailer to another.

In the old system the best brains were used on engineering calculations – now they are used on how best to manipulate for profit.

It all wouldn’t be quite so bad if households could buy electricity at wholesale rates plus a margin and use smart meters to understand and adapt to the risks – but that particular vision still seems unreachable.

My friend also admits it “was written very very quickly as an angry outburst. No real thought gone into it. It is filled with sentences and phrases that could be much better as well holes in the logic etc. and totally lacking in references or hard facts.”

I think it deserves a response. Any takers?

3 thoughts on “Power to the people”