Filtering: “Selective presentation or deliberate manipulation of information to make it more acceptable or favorable to its recipient.”

This is the ‘Human factor’ at work in ‘Science’, and is why the vast % of ‘Research’ ends up ‘proving’ the hypothesis of the ‘researcher’.
Simply put…. they impose their theory upon the data… cherry picking whatever they can make fit their arguments, and ignoring/ passing over/ covering up any ‘anomalies’ which go against their ambitions.
this is how/ why ‘evolutionary scientist can go and investigate a river and ‘discover’ how it “makes fish evolve”….

The Video below at first appearance looks very dubious, yet the Guest speaker presents some very interesting evidence to support the idea that dinosaurs were still around until a few thousand years ago, rather than millions upon millions.

What is also telling is how the scientific community reacts to such evidence which threatens to overthrow all their cherished beliefs.
The truth is that none of the pet theorys of atheism actually have a solid scientific foundation…. materialism, evolution, abiogenesis, etc.
all of them are purely based upon the assumption of atheism.
Ie none of these ideas are provable via observation and experiment.
Thus the claims made by atheists that science supports their theories is a gigantic lie… none the less they are prepared to not only cling to it, but to actually deny *all evidence* which proves them to be wrong.
It’s worth watching. 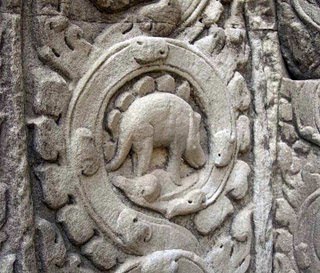 Update: 12/14
Researchers have unearthed a fossil fish so well preserved, it still has traces of eye tissues. What’s more, these fossil tissues reveal that the 300-million-year-old fish called Acanthodes bridgei (pictured), like its living relatives, possessed two types of photoreceptors called rods and cones—cells that make vision possible. This is the first time that mineralized rods and cones have been found conserved in a vertebrate fossil, the team reports online today in Nature Communications, as soft tissues of the eye normally begin to disintegrate within days of death… more>>> Three-hundred-million-year-old fossil fish still has traces of eye tissue

23 thoughts on “Knowledge Filters: All solid evidence against the Theory of Evolution is automatically rejected .”