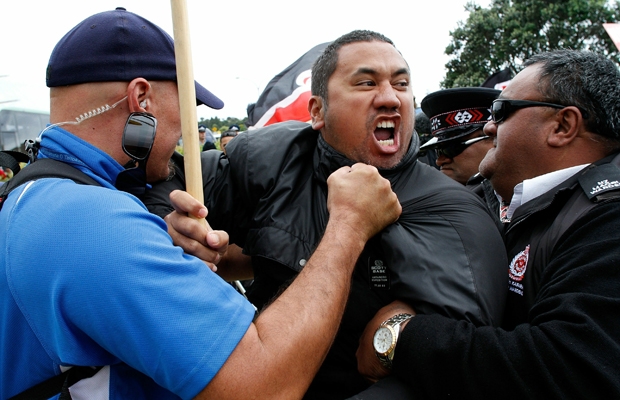 John Ansell has laid down a Challenge to Achiever Maori… Here. … and includes All New Zealanders ‘with a Spine’.

I endorse this challenge.

To My Maori Family and Friends. Understand that Political equality takes nothing away from Maori except Racism and Hatred. Under Liberty and equality you can still embrace who you are to the fullest extent. Stop allowing the deluded and hypocritical Racist Radicals to poison your souls with hate mongering lies. Liberate Yourselves from being used as pawns by those Political Fat cat Maori Racists whom have Got money and Power by turning you, your families, and your friends into The brown equivalents of White supremacists… heads filled with the same kinds of distorted history and Racist delusions.
And to my Pakeha Family, and friends I ask you to snap out of your wooly headed acceptance of Waitangi Racism, and the separatist system of Government.
You are just as Bad as the Racist Maori radicals because you sanction their lies and embrace their corruption. I call upon you to stop voting for politicians and political parties which support Racist Laws and Government. Liberate yourselves and your children from being treated as second class Subjects in your own country!
Please everyone support John Ansell’s movement to End Waitangi Apartheid!
Tim Wikiriwhi.
Christian Libertarian.