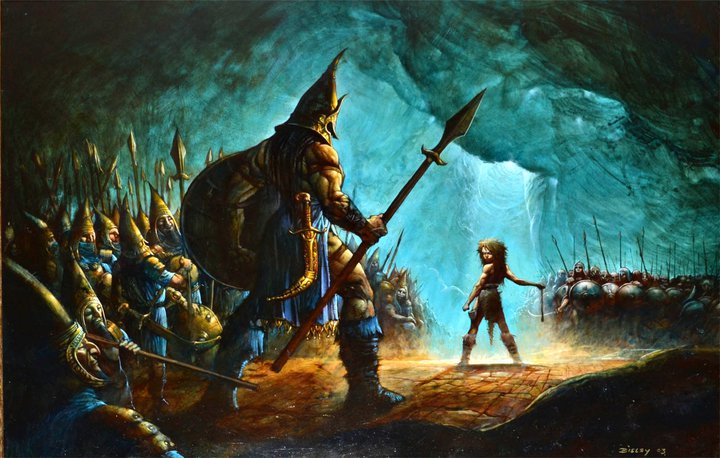 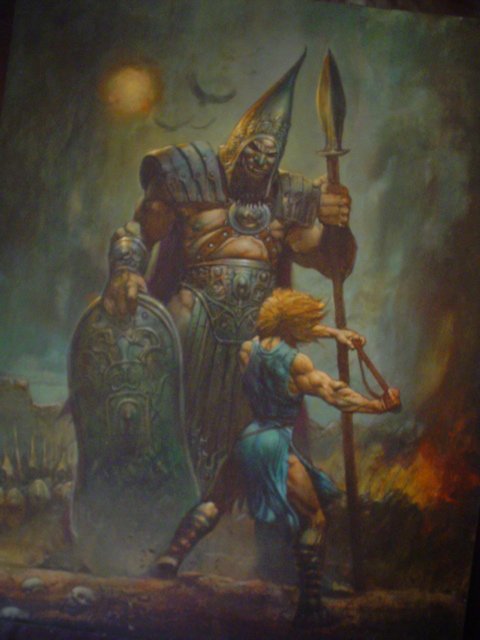 Faith In God, Faith in doing what is right in the face of Evil infuses the Spirit of a Man with Heroic courage and resolve to defy the Powers of Darkness and fear of Death! 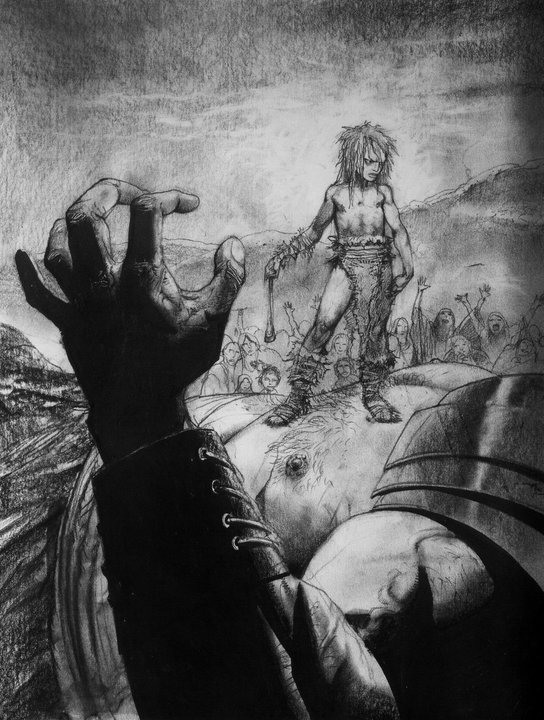 The armies of the Israelites and the Philistines were on opposite sides of the hill, and both armies were ready for battle. Each day the Philistines sent their champion, Goliath, who was fully armed and gigantic in size, to shout across the valley “Choose a man, and if he were able to fight with me and kill me, then we will be your servants. But if I kill him, then you shall serve us.”
The Israelites trembled as they heard the voice of Goliath. Nobody was brave or strong enough to fight with this giant Philistine. One day, David came to the Israelites’ camp to see his brothers. He heard the words of Goliath. He was amazed that the Israelites were all afraid. “I will go and fight with this Philistine” David said. When the king knew about David’s intention, he said “You are not able to fight for you are a youth, and the Philistine is a man of war”. David replied “The lord who saved me from the paw of the lion and the paw of the bear when I kept my father’s sheep, will deliver me.” The king said “Go, then, and the Lord shall be with you.” Unarmed, except for his staff, his shepherd’s sling and a few stones, David went to confront the giant.
Goliath was angry when he saw that the Israelites sent a shepherd boy to meet him. “Am I a dog that you come to me with sticks and stones?” Goliath shouted. “Today the Lord will deliver you into my hands and all the earth may know that there is a God in Israel.”