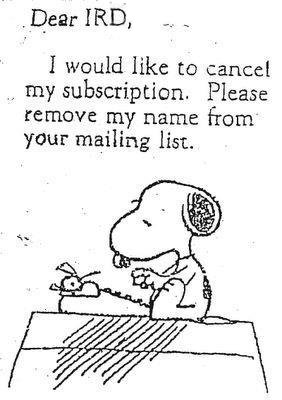 I particularly liked Mark’s post below. He’s since written a couple more on the same theme here and here. Be sure to visit his blog.

Taxing Language: A Question for the Politicians – Fair: What Do You Mean?

Liberty and freedom are two proud words that have been executed – as in ‘taken out’ – from the political lexicon: they were frog marched and stood before a wall of blank minds, then forcibly blindfolded, and shot, with the whimpering staccato of ‘inequality’ and ‘fairness’ resounding over and over. And not only did this atrocity go unreported by journalists in the mainstream media, they were in the firing squad.

Statists of all hues have taken to the word ‘fairness’ with the glee Chris The Fist Trotter has to the use of state violence, in order to make the theft that is compulsory taxation seem a little, well, fairer.

The slanderous union economist, for example, Bill (unfortunately named) Rosenberg, not letting facts get in the way of persecuting a minority, yet again, interrupted his Chardon-day, yesterday, to emote:

And if Messrs Dunne and English had a blog label cloud pinned to their foreheads, ‘fairness’ would be in a huge font, over-clouding everything else. Just Google ‘fairness’, ‘tax’, and either of their names and you’ll get pages of quotes.

And so my point. I have a simple question for these three men: what does fairness, in relation to taxation, mean? Plus what is a fair amount of tax, please? How do you derive it, both in terms of the amount taken, and morally? Explain it to me, because I truly don’t understand. There is nothing in any of our taxing acts to give any guidance on this, and yet going on your constant utterances, taxpayers are, daily, being crucified on it.

In the first instance I want a generic principle, clear enough to write into tax law, which shouldn’t be too hard, given you write so much law in the fortress of legislation. And secondly, or rather, ‘but’ secondly, to test this law, for once, before foisting it on us, please interpret it, here, in relation to the below three scenarios.

Single man, twenty three years old, lower order contract worker putting in seventy hour weeks, earned $186,000 last year. He’s doing it hard, on himself, because with cow prices reaching $2,500 his ability to be able to buy his first herd, and so be in a financial position to propose to his girlfriend, and start a family, is looking more and more remote.

Family, three children at state school, both parents working to bring in a total of $60,000 per annum, only, to the household. They can’t afford a house in the current market, and with the rental squeeze due to government making it unattractive to be a private landlord, they’re having to pay $750 a week rent for a sub-standard house in Auckland, after which, when they pay for the essentials they have no pay left: indeed, all their credit cards are maxed out.

Family, two children, dad’s a banker, earning $200,000 per annum, mum stays home to look after their new baby, plus their first child has genetic disease meaning he’ll never be able to look after himself, so mum has taken on that job, for life. The couple have paid over half a million dollars over the last two years traveling around the world to see specialists, for operations, and so forth, and have had to re-mortgage their Fendalton home, twice, to the maximum amount possible. Husband is having to put huge hours in to make it all work financially, and with so much stress and little time together, the marriage is floundering.

So, for the statists, surely this should be easy: please write in the comments the interpretation of the tax fairness law you write for us, in relation to these individuals?

Finding it hard? Well, assuming intelligence on your behalf, you should find this impossible. And that’s even before I move to my position on tax which is not to use the word fair, but unjust. I wonder if we should ring Her Majesty for some input, given, in a story as stunning as it was alarming, the UK’s IR, Her Majesty’s Revenue and Customs, expect school children not only to be able to define what is a fair amount of tax, but, taking their state to its Orwellian conclusion, expect them to dob in adults who don’t play fair on a playground where the biggest bully is the state itself. Politicians should at least admit there is nothing ‘fair’ about tax in any of the above instances, or period: tax is an arbitrary imposition of the state, enforced with the full draconian powers of the police state. That’s the truth. Let’s at least acknowledge the implied violence and immoral act on which our society is based, because from that, we may ultimately find a kinder way to live our lives, which would be a society that constitutionally protects the smallest of its minorities: the individual, and particularly from what is now the biggest abuser of an individual’s right to be left alone – the state.

As always, thanks, Mark, for giving your blessing to copying your content here at Eternal Vigilance.

One thought on “Te Tari Tāke”