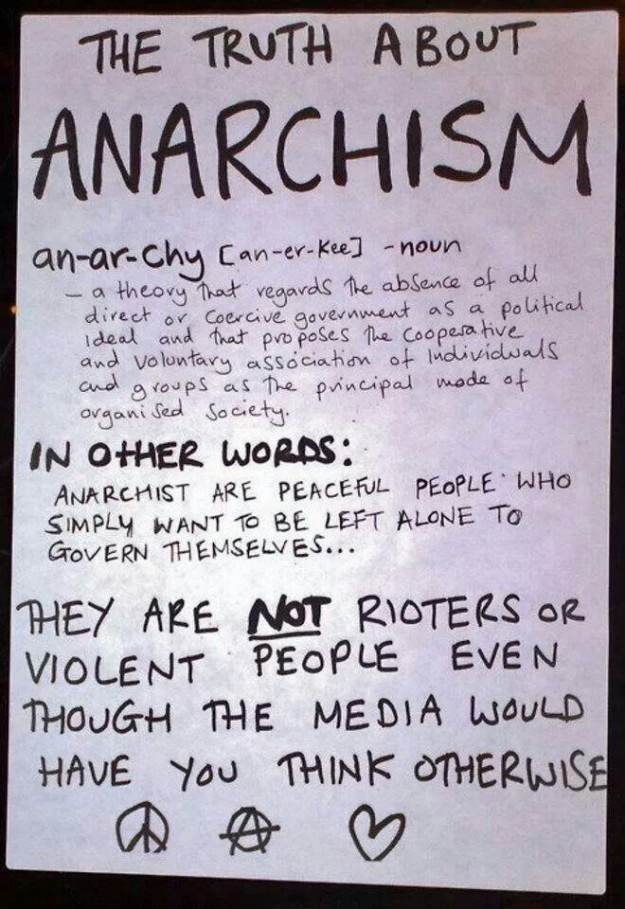 What’s the difference between a minarchist and an anarchist? About 6 months.

That’s the joke. Well, I suppose it’s funny. Because it took me 12 years to make the transition (and we’re still waiting on my co-blogger Tim).

But, all joking aside, what’s the difference between a minarchist and an anarchist?

(You may or may not like the following definitions. But they’re the ones I’m using. 🙂 )

An anarchist is a person who believes in, advocates, or promotes anarchism. Anarchism is

A minarchist is a person who believes in, advocates, or promotes minarchism. Minarchism (also known as minimal statism) is

a political philosophy and a form of libertarianism. … it holds that states ought to exist (as opposed to anarchy); that their only legitimate function is the protection of individuals from aggression, theft, breach of contract, and fraud; and that the only legitimate governmental institutions are the military, police, and courts.

Minarchist and anarchist are both species of libertarian. They’re both for freedom. But a minarchist is a minimal statist, whereas an anarchist is against the state entirely. That’s the nub of their disagreement. 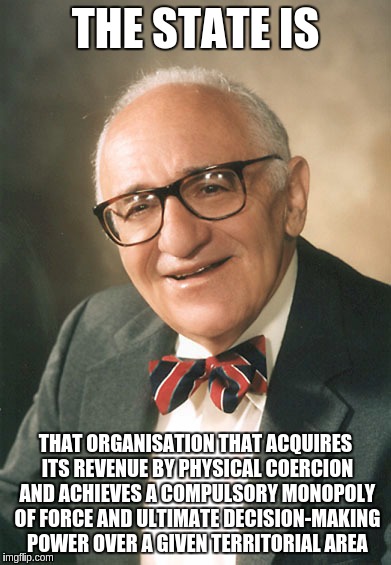 So why am I an anarchist? Because I’m a libertarian! Quod erat demonstrandum.

Here’s the argument in a nutshell. A libertarian is for freedom and thereby against all forms of compulsion or coercion. The state is that organization that acquires its revenue by physical coercion and achieves a compulsory monopoly of force and of ultimate decision-making power over a given territorial area. Therefore a libertarian is against the state as a matter of principle.

The argument above is valid, but of course its conclusion is only as good as its premises and these are open to question. Is a libertarian necessarily against all forms of compulsion or coercion? I’ve argued elsewhere that libertarians are huge fans of initiating force. All freedoms are good but some freedoms are better than others. Is freedom from minimal state (minarchist) coercion a genuine freedom of the right kind? I say so, but a minarchist might beg to differ.

And what about Murray Rothbard’s definition of the state? Is it correct? Does it rule in organisations that are not states, or rule out those that are? For example, suppose that a hypothetical minarchy one day decided to abolish compulsory taxation and fund its minimal state activities by voluntary donations only. Would it still be a state, or would it now be an autonomous collective of some sort, such as an anarcho-syndicalist commune? The latter, according to Rothbard, since it is in the nature of a state that it acquire its revenue by physical coercion.

I reserve the right to secede from New Zealand, either alone or in free association with like-minded others. (I already declared that I am a governing authority.) In my next post I explain why I am an anarcho-statist.

For now I leave you with a couple of Stephan Kinsella classics, viz., his account of what libertarianism is and his explanation of what it means to be an anarchist.

because the state necessarily commits aggression, the consistent libertarian, in opposing aggression, is also an anarchist.

I ask any diehard minarchists who are still minarchists after having read both of Kinsella’s essays to read them both again before commenting.

8 thoughts on “I am an anarchist”