Empty Bullets – From Ruby to Harney

Update on the state of our patriots and liberty. — From a boys last words, to a sacrifice for friends; peaceful families to grizzled bikers. Do not turn away — GavHelp the prisoners: callmegav.com/prisoners#FreeThePatriots #LibertyRevolution

Posted by Gavin Seim for Liberty on Thursday, March 17, 2016 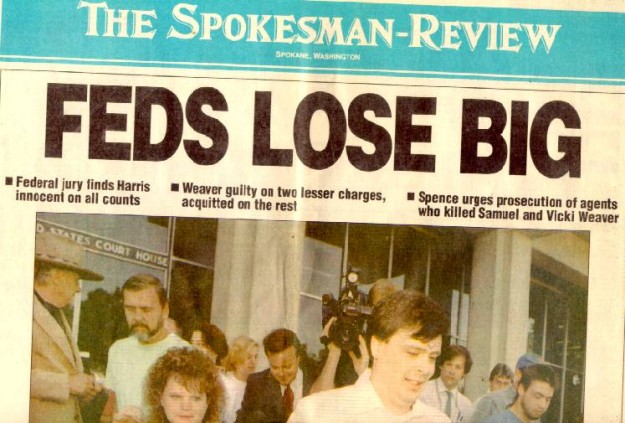 Federal killings at Ruby Ridge, Idaho began 23 years ago today. Below are some articles I wrote on this case in 1995. Also included is the counterattack on my Wall Street Journal piece from FBI director Louis Freeh, who claimed that I “grossly mischaracterized” the details of the FBI’s killing of Vicki Weaver.

I wonder how much controversy such a killing would excite nowadays. It is amazing how much further government prerogatives have stretched in the past two decades. And it is perhaps even more amazing how much more docile many Americans have become towards unmitigated government BS.

The artwork above is from an article I wrote for the June 1995 issue of Playboy. James Petersen did a great job editing that piece; the artist was Amy Crehore.