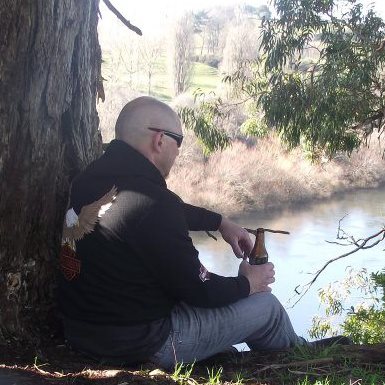 Dear Census Collector,
Because of my Christian Libertarian principles I refuse to fill out the Census Papers.
Because they are compulsory, I know they are a violation of my right to privacy and a demonstration of the fact that our government seeks to operate via a Master- Slave relationship.
I reject this conception of government.
The Government works for me.
I am not their servant.

Nor do I accept the utilitarian argument that the Census is ‘helpful’ for the Government in respect to Social planning and policy.
I utterly condemn their totalitarian manipulation as if we, the citizens of New Zealand, are merely a pawns in their game… to be used and controlled as they please.
I reject their Social engineering for the failure and tyranny that it is!
Thus I want my Taxes and my liberty back!
I have no intension of mandating their power tripping madness!

And I know that the government already has all the information regarding how many people live at this address, and how much each individual earns etc, so this fact also makes a double travesty and lie about the so-called necessity to have a compulsory Census.

Furthermore this compulsory Census is estimated to cost me, my family, friends, and neighbors 70-90 million dollars!
It is a gross misappropriation and waste of our hard earned money which was rapaciously extorted from us via other unjust and tyrannical laws and powers!(Re the IRD)

I personally have stood for Parliament many times in the Hamilton West electorate, both as a member of the Libertarianz party, and as an Independent Libertarian with the intension of getting into parliament to bring such socialist despotisms to a end.
Thus I cannot in good conscience fill out the census as it represents everything repugnant about oppressive Government power for which I have dedicated myself to overthrow.

Some people have suggested I fill it out with bogus answers like ‘Jedi’ as my religion… as 56000 people did in 2001, yet I can not do that in good conscience either!
It is no secret that am a Christian, yet I reject the State rights to demand I disclose such information to them.
History has proven what evils such information can bring at the hands of Diabolical Governments.
Thus my refusal to fill out the Census is a far more righteous protest to this intrusion than the thousands of people whom write in lies…. Yet never are they brought before the courts!
This fact proves the State chooses to persecute a tiny minority of principled contentious objectors like myself whose non-compliance has such a minuscule effect to the accuracy of the data collected in comparison to all the misinformation gathered from the thousands of kiwi whom also hate the violation of their privacy yet prefer to submit fraudulent papers rather than risk prosecution for absolute refusal.

That so many people fill out the census with lies just goes to prove what a farce the whole thing is! Compulsion does not increase the accuracy of collected Data!
The Compulsion touters are simply fanatical Statistians who want as large a data set as they can get their greedy hands upon.

I have no beef with the Census personnel.
They don’t write the rules, and most of them are simply trying to earn an honest dollar.
Yet I would ask them how it is that they in good conscience participate in such a nasty and intrusive Government program?
I ask how in good conscience they can parrot the threats of Court action and fines against contentious objectors like myself?
I can only assume they have not thought through the true oppressive nature of the job they are doing, or that some how they are of the belief that this intrusion can be justified… because of the imaginary ‘benefits’ this compulsion is supposed to deliver.

I have no desire to appear before court, or to be convicted, or fined.
I have a Job to maintain and a Family to provide for and the very last thing I need is to hand over more of my money to a State system which is already robbing me blind!
That this is the truth about the census… that it threatens my livelihood and well being of my family is despicable!

With this in mind I am prepared to make the following compromise.
I will fill out my name and address and sign it. That is all.
This was acceptable for the Census people in 2001, and in 2006, and I hope this will be acceptable again in 2013.
That is my final offer.

I have not hassled my wife into refusing to fill out her forms.
She is free to follow her own conscience, and has filled them out as she saw fit.

11 thoughts on “Fire Starter! My Declaration for Non-compliance. NZ Census 2013”