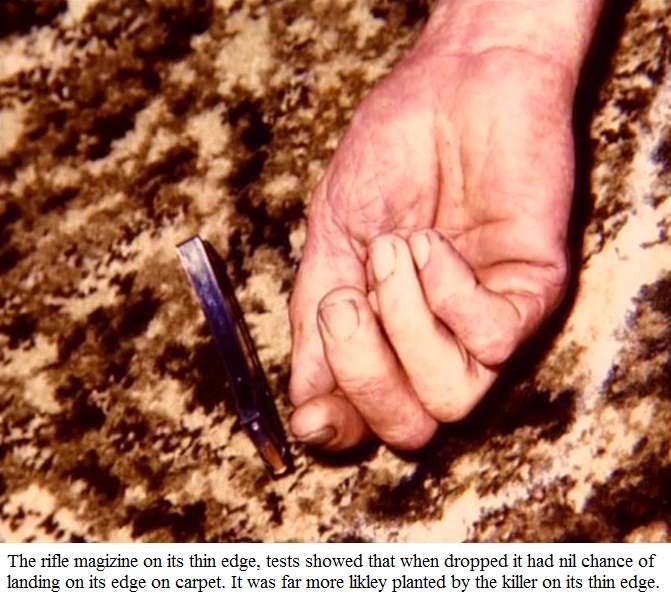 Never mind the caption… look at those lines on Robin Bain’s Thumb! They were caused by him reloading his Magazine after shooting half his family… then killing the rest (except for David who was doing his paper round)… then turning the Gun on himself!

To all of you who have stubbornly held firm to the belief that David Bain killed his Family Time to Eat Cake!
They have conclusively proven that Robin Bain Killed his Family!
David Bain is an innocent Man!
He’s a victim who was treated as a criminal because of shoddy Police work!
Robin Bain had marks on his thumb and finger from loading the 22 rife Magazines!
This new evidence was picked up by an amateur… a Waikato businessman. 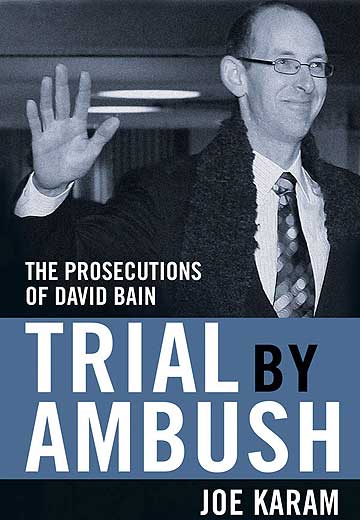 Finally Joe Karam’s fanatical determination to see David Bain freed has been vindicated!
So many people labelled this hero an obsessed Idiot when he was really Obsessed about Truth and Justice!
I Salute You Joe! You should be Knighted!
What a testimony of Faith and virtue!
What a Man of Principle!
Homage to you Sir!
You are an Inspiration!
A testament to Battlers against State injustice… to anyone who champions a righteous cause… to sticking to what you believe to be right no matter what the odds… in the face of every Devil… every army which seeks to defeat you and break your resolve… to demoralise you and make you fall back into line.

This Travisty of Justice … the conviction of Daivid Bain… is what happens when you convict some one on circumstantial evidence and a bogus police fabricated account of events.
Innocent people get Stomped upon by the State!
This is why it is so important to judge a person to be innocent until proved guilty… beyond Reasonable Doubt!
This is why the innocent verdict of Ewen McDonald in the Scott Guy Murder trial was the correct verdict…. based on the evidence!

Now it’s time David Bain received an official apology from the Police and Justice system… and his Kin whom disowned him ought to now beg for his forgiveness and invite him back into their hearts and lives.

It is also time for the Justice department to get the chequebook out and make reparations for their grievous miscarriage of justice!

There ought to be a commission of inquiry into how the Police go about their witch hunts!
Their bumblings!
Their whole case was a complete fabrication!
*Remember that Robin Bain even left a confession on the computer!*… yet even that was said to be a fabrication by the Real Killer… according to the Police. 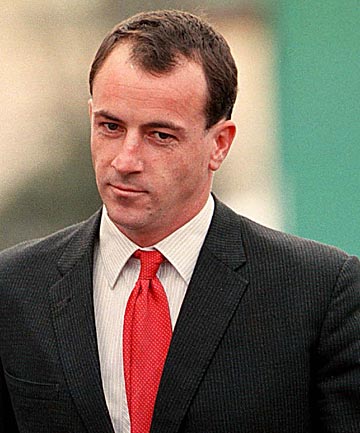 Scott Watson.
The Bungling and injustice of the Bain case also demonstrates why The Scott Watson conviction definitely needs to be reviewed!
If only Scott had his own ‘Joe Karam’ like champion I sincerely believe he too would be set free.

These types of dubious convictions are tragically common in New Zealand and clearly demonstrate one good reason (of many) to oppose the Death penalty.
Our ‘Justice’ system is a joke…all too Human… all too fallible.
Pandering to Popular outrage and fear, the Police lay charges and prosecute people on the most flimsy of circumstances… they fabricate the most convoluted stories and motives, are very selective about witnesses they use, they routinely fail to protect evidence and often intentionally destroy it, and their ‘science’ is often later found to be seriously unreliable and thereby unfairly prejudices cases in favour of getting a conviction.

And this is one reason why reparations must be high when bad judgments are overturned.
They need to justly reflect the travesty of the police and courts prosecuting cases upon insufficient evidence, and cause the population to appreciate the gravity of maintaining a defective Justice system.
Currently I believe Kiwis are too keen to see the police ping ‘someone’…’anyone’… rather than only prosecuting cases which have substantial evidence.
Inquires ought to follow and Police ought to be held accountable when they are found to have bungled or been subversive in their activities.

Read more on this subject Here…

Extra Note Re: the caption of the Photo of Robin Bain’s Hand and the Magazine.
What we must now ask is whether a policeman stood the Magazine up on it’s edge like that!
It is in what Herbert Spencer would call an ‘unstable equilibrium’… and just a small amount of force is required to make it move into a more stable equilibrium… flat on the floor.
It is true that if we were to drop that Mag it is more likely to naturally end up lying flat on the ground rather than up on its edge like that… Yet still how silly is it to think that ‘A Killer’ would place a magazine on purpose like that???
There is something Odd about that… yet not beyond possibility… so…. ???? Just sayin 🙂