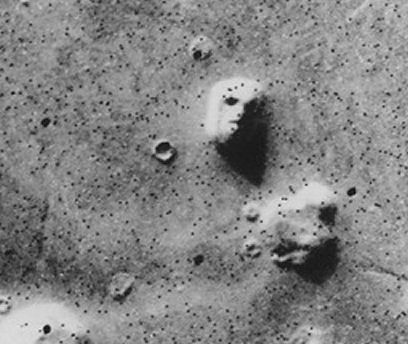 At one time an advanced alien civilisation existed on Mars, evidence suggests.

Space experts today told Eternal Vigilance that a pattern of shadows cast on a NASA photograph of the surface of Mars was consistent with a sculpture of a humanoid face left by an advanced civilisation that once inhabited Mars.

The photograph above is of a small part of the Cydonia region, taken by the Viking 1 orbiter and released by NASA/JPL on July 25, 1976. Blogger Richard Goode, who made the link after reading internet blogs about Mars, believed his revelation was a “game-changer”.

“I can’t explain why anyone would have missed something as obvious as this,” he said.

No other evidence of life on Mars has ever been found.

One thought on “Alien civilisation proven to exist on Mars! We are not alone!”