Yeah, I missed a few weeks.  I’ve had my kids with me for the summer.  But there was a bunch of VIPs we missed: 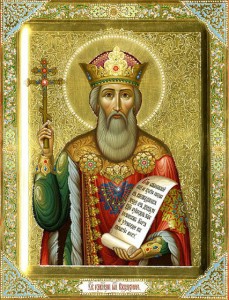 A devout pagan King of the Russians, with multiple wives, his curiosity about other belief systems (including the Christianity of his grandmother Olga) got the better of him.  He sent envoys to various parts of the globe to explore the faiths, including to Muslims, Jews and Latin Christians.  None proved satisfactory, until the emissaries to Constantinople attended a service of the Divine Liturgy in Hagia Sophia, and reported “We no longer knew whether we were in Heaven or on Earth”.  This, along with the political convenience that an alliance with the Romans provided, convinced Vladimir, and he ordered that the pagan idols be smashed and “strongly encouraged” his citizens to be baptized.  This “Baptism of Holy Rus” occurred in 988AD, and is to this day the largest mass conversion to Christianity in its two thousand year history.  The change in both Vladimir, and Kievan Rus, was dramatic – a hitherto rapacious and warlike King became a man of peace who kept only one wife.

Vladimir is given the title Equal to the Apostles in the Church, and is rightly venerated as the father of the Russian nation, as well as a holy Saint. 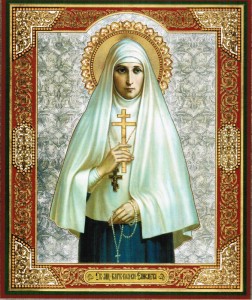 A granddaughter of Queen Victoria, who was raised at Buckingham Palace following the death of her parents, the Duke and Duchess of Hesse am Rhein, Elizabeth was chrismated Orthodox of her own free will, adopting the faith of her husband, Grand Duke Sergei of Russia.  She devoted herself to her new faith with great gusto.

In 1905 Sergei was murdered by a communist terrorist who had planted a bomb in his car.  Elizabeth famously visited the perpetrator in prison, forgiving him for what he did, but warning him that he needed to repent and giving him a copy of the gospels to read.  A short time afterwards, she decided to accept tonsure and become a nun, liquidating her many assets and jewels to build the convent of Saints Mary and Martha in Moscow, of which she became the first Abbess. 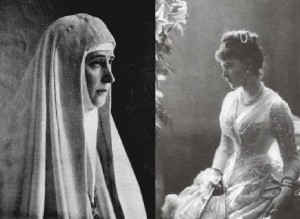 Following the Bolshevik Revolution of 1917, Elizabeth was taken from her monastery and imprisoned.  She, with several other members of the nobility and their employees, were thrown down a mine shaft and blasted with grenades.  These, however, failed to kill her, and she was eventually martyred by asphyxiation from a fire that had been set in the shaft.

Saint Elizabeth is my daughter Bella’s name Saint, and has become very popular among modern Orthodox Christians, especially converts to the faith, for her piety, her willingness to forgive, and her devotion to the poor of Moscow as an Abbess. 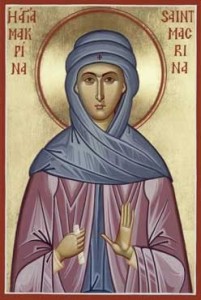 Macrina was from the famous Cappadocian family of Saints that also gave us Basil the Great and Gregory of Nyssa.  Though she herself wrote no texts, her younger brother Gregory wrote extensively about her, her virginity and asceticism for Christ, and liberally quoted her, referring to her as “the Teacher”.  She is therefore, through Gregory’s writings, regarded as a Church Mother along with the many Church Father.

She is famous for having refused any further suitors following the tragic death of her betrothed fiancee, instead opting to live the life of a monastic, and convincing her mother, Saint Emilia, to free their slaves and give away their possessions.

Macrina was renowned for her skills as a philosopher, as can be seen through Gregory’s work On the Soul and Resurrection, and other texts.  She reposed in peace in 379 or 380AD. 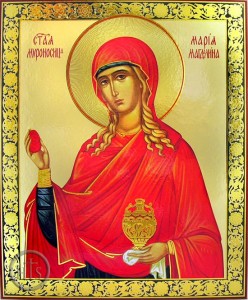 Other than Christ’s mother, Mary Magdalene is regarded as the woman who was closest to Him in His earthly ministry.  Because of this, there is much speculation about her from some who would like to discredit Christ’s sexual purity, or to claim he was married to her, or had children by her (a view that Dan Brown based a notorious novel on).  There has also been through the centuries, attempts to paint her as a reformed prostitute or scarlet woman, but there is certainly no evidence of any of this from either the Gospels, or the Holy Tradition, which states that she was merely beset by seven demons, whom Christ cast out.

While not an Apostle (an office given only to men), she is given the title Apostle to the Apostles, as she was blessed to be the first person to see the resurrected Christ, and report this fact to the Apostles, thus she holds a special place in the Church.  Following Pentecost, she joined in the ministry of the Apostles, preaching the Gospel around the Roman Empire.

It is to Mary Magdalene that the tradition of Easter Eggs is ascribed.  She is reputed to have met with, and directly confronted, the Emperor Tiberius, discussing Christ’s resurrection with him over dinner.  The Emperor bragged to her that a man could no more be resurrected than the boiled eggs before him could change colour, at which point the eggs turned bright red.  She then began to use coloured eggs as a symbol of Christ’s resurrection in her preaching.

The date of Mary’s repose is unknown, but Tradition suggests that it was peaceful, in Ephesus, at some time in the late 1st Century. 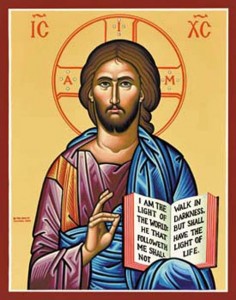 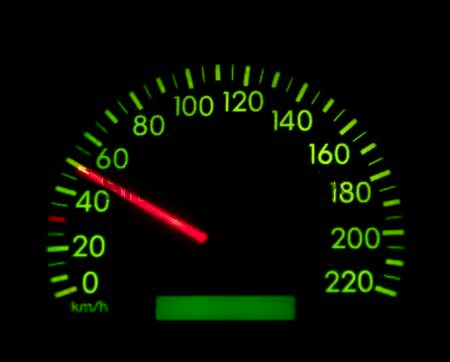 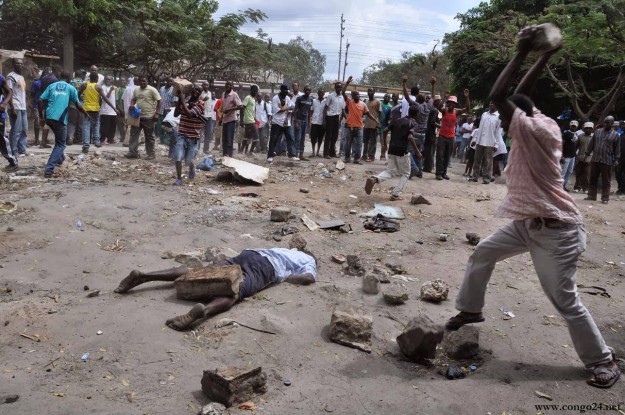 Do not answer a fool according to his folly, or you will be like him yourself.

Answer a fool according to his folly, or he will be wise in his own eyes. (NIV) 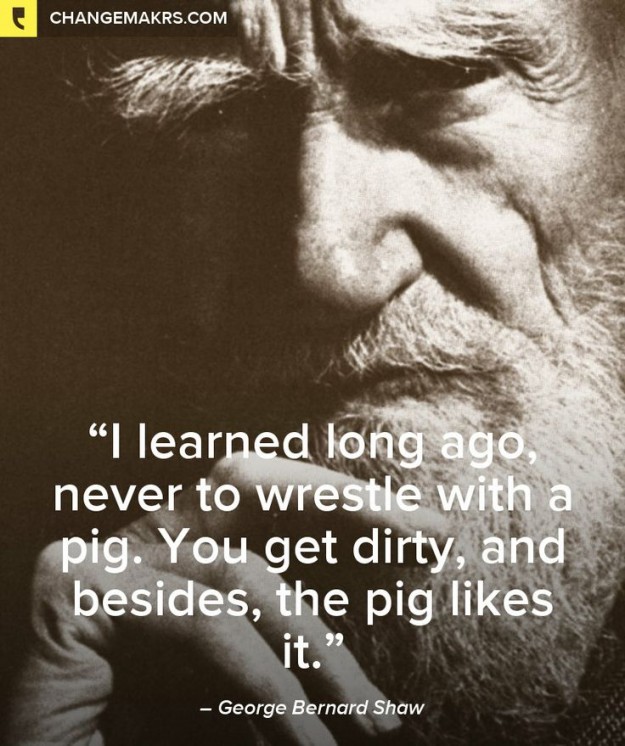