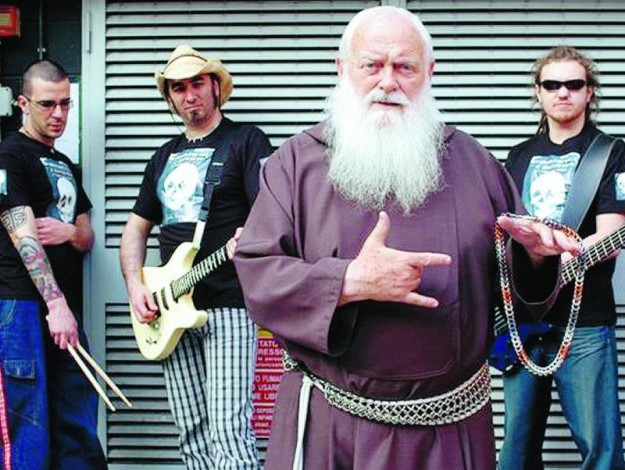 Brother Cesare Bonizzi is a Capuchin friar belonging to the Order of Friars Minor Capuchin. He was (until recently) also the vocalist for the heavy metal band Fratello Metallo (“Brother Metal”).

“Metal is the most energetic, vital, deep and true musical language that I know,” said Bonizzi, adding that it allowed him to communicate “not religious messages, but themes of faith that have a bearing on life and which are experienced musically in a secular key.”

“Heavy metal has given me the opportunity to meet a world of people of a unique beauty and tenderness,” said Bonizzi. “Metal is the strength of music itself. Metal is a brother.”

He’s not just a headbanger, though. Bonizzi has an extensive discography, spanning many genres. Catholic tastes? His official website is here.

One thought on “Amore metallico!”