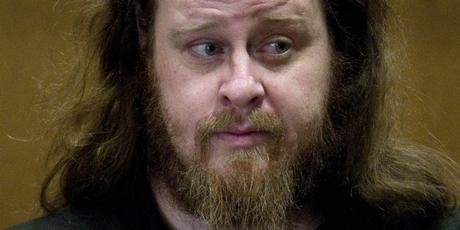 Christopher Graham Smith, a 36-year-old process worker from Phillipstown, was sentenced on Friday to 14 years for the attempted murder of a police dog handler, wounding of another officer and killing police dog Gage, with a non-parole period of seven years. The High Court suppressed details of the case until today.

I’ve said this before, here and here, and I’ll say it again.

On July 13 last year Senior Constable Bruce Lamb and Constable Mitchel Alatalo entered Smith’s home on a routine call-out. Smelling cannabis, they announced themselves as police and entered the property.

Smith, who said he initially believed he was confronting intruders to protect the large cannabis growing operation in his home, and only later realised they were police officers, shot Lamb in the face as the officer entered Smith’s bedroom.

The bullet entered below his bottom lip and went out the side of his jaw, smashing the jaw into 15 pieces.

Police dog Gage came to his aid, but was shot and killed by Smith.

Atalo was then shot by Smith as he tried to escape out a window.

Lamb had Gage on a lead, and did not realise until he reached the driveway that he was dragging the dog’s dead body behind him.

The death of police dog Gage is a tragedy, and the injuries suffered by Constables Lamb and Alatalo while fighting the government’s War on Drugs™ are terrible harms. The sentence handed down to Smith is just, but those in government who authorise and continually escalate the War on Drugs™, and those who voted them in, must also shoulder some measure of blame for these violent events.

The government does not send New Zealand troops to die in foreign pest-holes fighting other nations’ misbegotten wars. Nor should the government send New Zealand’s police officers to risk life and limb fighting the misbegotten War on Drugs™. Prohibition does NOT prevent drug-related harms. It causes Prohibition-related harms, including police casualties.

Smith also admitted to charges of cultivating cannabis, a drug which he smoked daily. Police found 26 plants, 18 seedlings, and 400 grams of cannabis being dried, as well as scales and bags in his home.

The Press said a scraggly-bearded Smith stood in the docks during sentencing wearing wire-rimmed glasses and a fawn jacket. He was described in court as an intelligent man with a dry sense of humour.

Justice Whata said Smith had offended against people who were protecting the community and he had not expressed enough remorse to warrant reducing his sentence.

The offending had “profound and long-lasting consequences” for the police involved, the judge said.

The profound and long-lasting consequences of Prohibition are ongoing. Lamb and Alatalo were luckier than Wilkinson and Snee. The double tragedy is that all these police casualties are in vain. Prohibition does not keep our families and communities safer. In fact it makes New Zealand a more dangerous place to live, by giving cannabis growers a reason to defend themselves from perceived threats to their operations with potentially deadly force. Prohibition doesn’t work. If it did, there wouldn’t be 400,000 New Zealanders who currently use cannabis, and people like Smith to supply. Prohibition has not reduced demand or illegal supply of cannabis. Only a sensible drug policy, such as that promoted by the Aotearoa Legalise Cannabis Party, can do that.

7 thoughts on “As the war machine keeps turning”