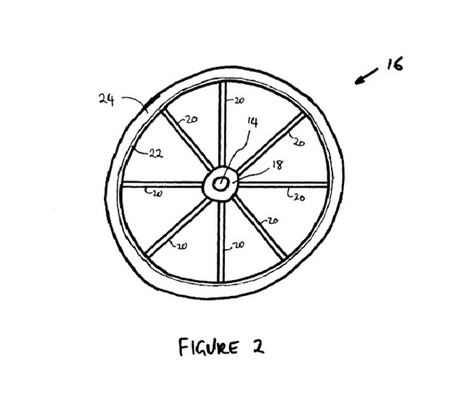 An Australian man has registered a patent for a “circular transportation facilitation device” – more commonly known as the wheel.

Melbourne patent lawyer John Keogh said he registered the patent to show flaws in an intellectual property law that came into effect in May, the Australian newspaper The Age reported.

The new law established the “innovation patent” system, which Mr Keogh said did not require sufficient oversight from the patent office.

The new innovation patent can be prepared without professional help and only requires claimants to show “innovation”, not “invention”.

Mr Keogh said it represented the government caving in to claimants who said it was too expensive to obtain a standard patent.

“The government decided to find a way to issue a patent more easily,” he said.

“The patent office would be required to issue a patent for anything. All they’re doing is putting a rubber stamp on it.”

But Commissioner of Patents Vivienne Thom said: “To obtain the patent the applicant must make a declaration that they are the inventor.

“Obtaining a patent for the wheel would require a false claim, which would certainly invalidate the patent,” she added.