This Blogpost is a shout out to Lee Williams, asking him to contact me so that I can do what I can to help him in the current crisis he is going through as a direct result of Maori Party activists attacking his job at Synlait Dairy Company.

I only know Lee from watching his You Tube videos, and from Social Media, yet by the very nature of ‘You Tube’, the life of a Youtuber becomes a public spectacle and from watching this dramatic saga unfold on you tube and in mainstream media reports, I am becoming concerned about how well Lee is holding up under this crushing pressure that all this is having on his life.

Lee has been suspended from his job as a direct result of Maori Party Activists slandering to his employers as being a White Supremacist.

I have herd that Lee’s marriage is on the rocks.

Go Fund Me… wrongfully/ unjustly took $7000 dollars which his friends and supporters had donated to him to help him through this time of trouble, and maybe get him a ticket to go visit his Dad in Britain, and we can be sure this happened as a result of more nasty Machiavellian Political foul play by Maori party activists.

Now that all these thunderbolts have hit Lee all at once it is little wonder that watching Lees latest videos we see a man in crisis.
The last thing I want to do now is lay another trip on him , yet the last two videos I watched make me fearful, I see a man spiraling downward… a man who needs help/ support… esp from friends… and yet it appears the Maori Party have relentlessly continued to persecute Lee so that now there are some sort of ‘Police matter’ unfolding… yet I am in the dark about this.

It takes a deep seated malevolence and an absolute absence of scruple to stoop to this level of personal attack, esp because to destroy a man’s livelihood does not only affect him, but innocent parties like their children also suffer when Dad looses his job.
History declares Socialist Marxist willingness to practice unconscionable deeds for their own ends.
And when you consider all the dire Social statistics of the Maori Demographic, what hope is there when this is the caliber of their leadership?
What sort of Character and Mentorship do these Radical Racists provide to Maori Youth?
They are a far cry from the likes of Sir Aparana Ngata, or Martin Luther King, Booker T Washington, or even the Elder Statesman Nelson Mandela! 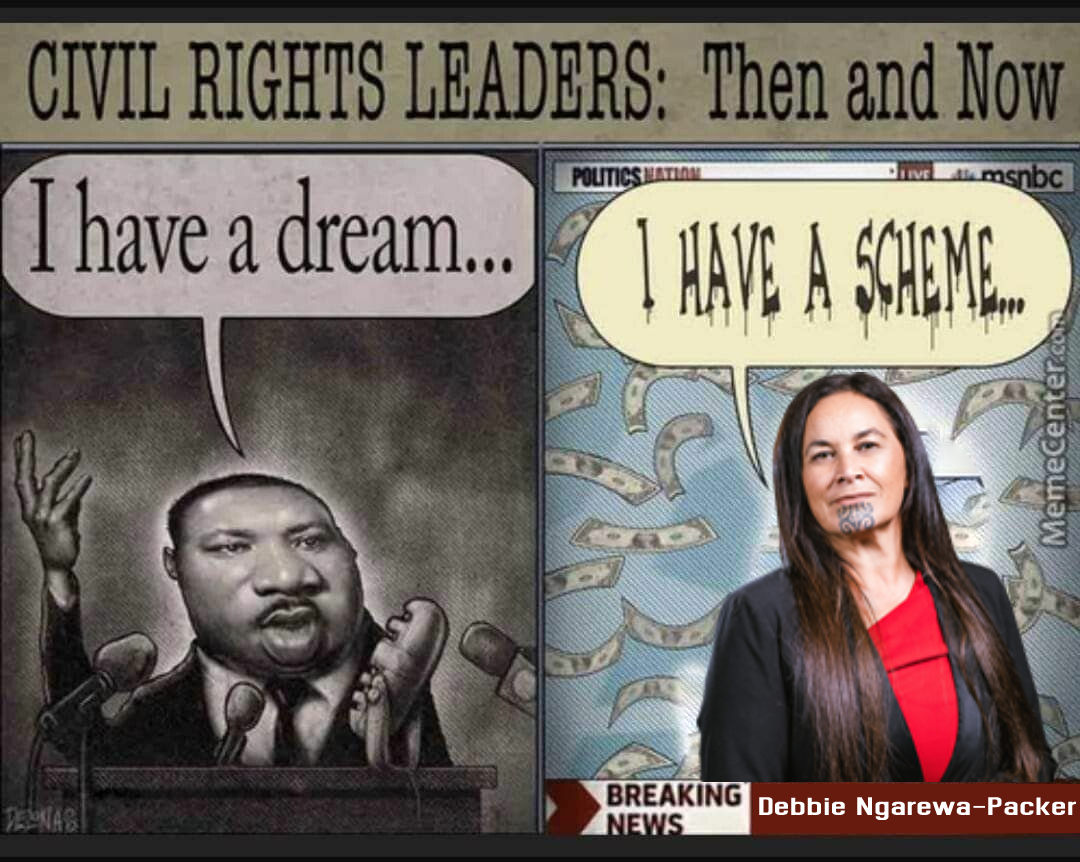 Back to the focus of this post… it looks as if things continue to get worse for Lee, and I am worried about him.
Having been through a personal crisis myself years ago, I know how hard it can be to walk a wise path when you are in complete turmoil.
I fear if Lee does not manage to pull himself out of this ‘nosedive’ he is heading for disaster.

New Zealanders should be outraged at what Maori Party MP Debbie Ngarewa-Packer and her Radical Activist friends have done to Lee!
It is disgusting, and there must be some sort of legal redress sought.
Lee needs a group of supporters to help carry some of his burdens during this time of crisis.

Lee, You are a fighter, and I hope you know you have support of people like myself, because we understand what you are going through, We know your life is in turmoil, and we know you are the target of a vicious smear campaign from the real racists… the Maori Party.
Yet We … your supporters need you to follow some advice… you need to calm the fuck down a few notches.
I know your life is up shit creek… and I’m not surprised this is taking it’s toll on you.
It is Disturbing to watch how you are handling this… I can see you are in Crisis mode.
I know you are battling for your own survival, yet if you cant maintain your composure on Youtube, you harm your own cause… this works in favour of your enemies.
It’s no shame to know when you need time out to get your shit together.
Please take a break off you tube until you have ‘collected yourself’ together… no shame in that.
Instead start to work with some of your close supporters to help you work through this business and stay in touch with your support base…. one step at a time.
Your ‘Fonza’ crew should be able to help you Youtube with a bit more composure.
Believe me when I say I mean you no offence.
I know you want to wake up the apathetic voters to what these evil racists are doing… yet you are heading for a break down if you carry on like this.
I don’t want to see that.
My advice is for your own good, and for the cause that we both care so much about… Ending Racist Government, One Law for All, Equality, and most importantly… fighting this fight peacefully, and with dignity…
Give me a call 0276630331.
I am willing to help you in any way I can.
I want you to beat this nasty crap… yet to do this you must not allow your pain to cloud your better judgement.
The righteous path is yours!

******
Not sure if this is related to what Lee mentioned in one of his last videos (Below) … If so… we can only speculate what ‘the video’ was as it has been taken down. 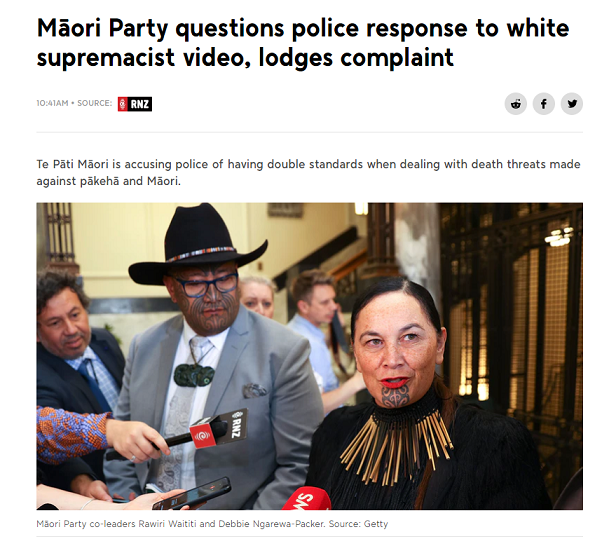 Update: 5-6-21.
A friend of Lee has reported that Lee is doing ok, and that he has received some donations from supporters directly into his account.
Also the last video Lee produced was positive in seeing that he has regained his composure.
Nice one Lee. 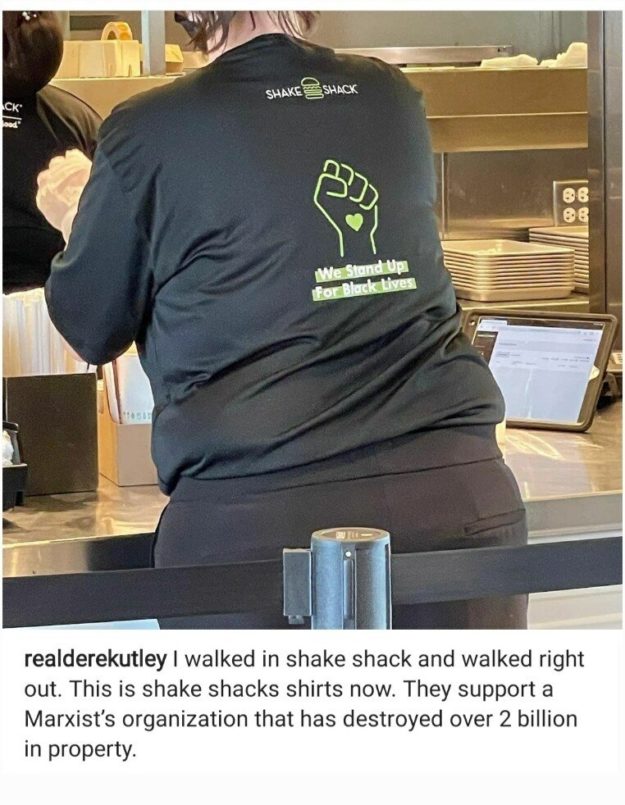 This meme above is a perfect example of how the Left purposely conflate dissent against their policies and activism as being ‘Racist’.
Morons will read this Meme (above) and believe anyone who disagrees with that shirt is a racist white supremacist rather than a what they really are ….Freedom and Justice lovin Anti-communists… not racists… not White supremacists at all. That is a Slanderous lie. A Delusion. Yet it works so well on the brain dead Leftist zombies and the Fake News Mainstream Media.

14 thoughts on “Cross The Rubicon. AntiRacist Youtuber Activist Lee Williams Life is in Crisis… destroyed by the Evil Racists of the Maori Party.”