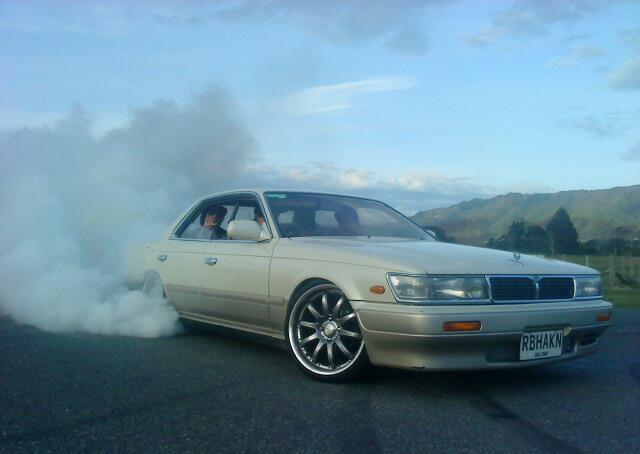 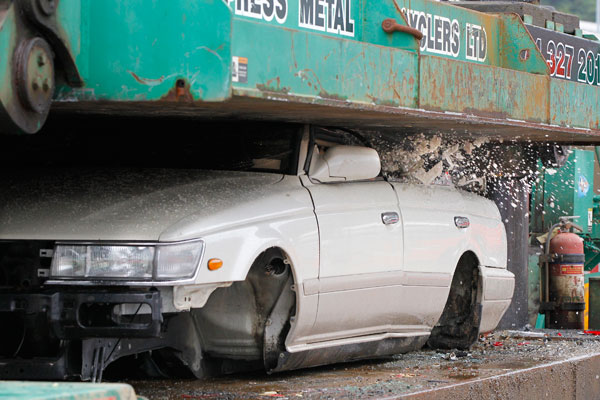 Why crush? According to Judith “Crusher” Collins (via NZPA)

Cars could be confiscated under current law and courts could order them to be sold, she said, but they were bought by other boy racers and the problem was recycled.

Clive Matthew-Wilson, editor of the car review website dogandlemon.com, says the law is a waste of time.

“Yesterday, the owner of the first crushed car was just another boy racer with an attitude problem. Today he will be a hero to his fellow boy racers.”

“The idea that this car seizure will stop other youths offending is basically wishful thinking.

I love how he flat-out contradicts himself in the next two paragraphs (although what he’s trying to say is basically right, I think).

“The part of the male brain that links cause and effect doesn’t fully develop until the early 20s. That’s why young males often do silly things without thinking of the consequences.”

Stuff.co.nz has a photo of the boy-racer hero Briant, informs us that

A Facebook memorial site has been created for the souped-up car.

and helpfully links to Briant’s Facebook page, where we learn that Daniel’s interests include

Doing your mate’s ex to see what the problem was
Not dumping your girlfriend cause she’s a fucking hectic root
Being a cheeky cunt to everyone you know. Because, wtf else is there to do?
I wish I was on E as often as my gas tank
Never underestimate a guy’s ability to not give a shit
Going out for a Quiet One and Coming Home with a Court Date

This is not a pretty picture. (It’s Minister of Police Anne Tolley, standing atop the crushed Laurel.) 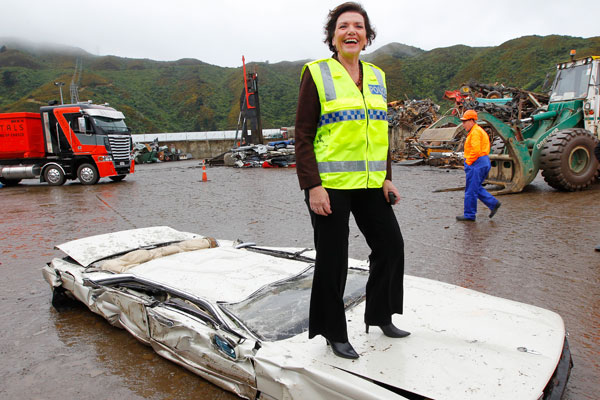 The NZ Herald tells us

Tolley said less than three hours after receiving his third strike from the court Briant was back behind the wheel performing a burnout.

He lost control and crashed into a fence. It is understood he and a passenger fled the vehicle on foot.

There’s every sign that Briant is undeterred. (And, you know, I could have done with a souped up Nissan Laurel to replace my ground down Nissan Maxima.)

I’m against the whole idea of the government using cases like this to make “an example” and destroy property as “a deterrent to others”. It’s an unjust, utilitarian way of going about things. As philosopher Immanuel Kant rightly remarked

Juridical punishment can never be administered merely as a means for promoting another good either with regard to the criminal himself or to civil society, but must in all cases be imposed only because the individual on whom it is inflicted has committed a crime. For one man ought never to be dealt with merely as a means subservient to the purpose of another…