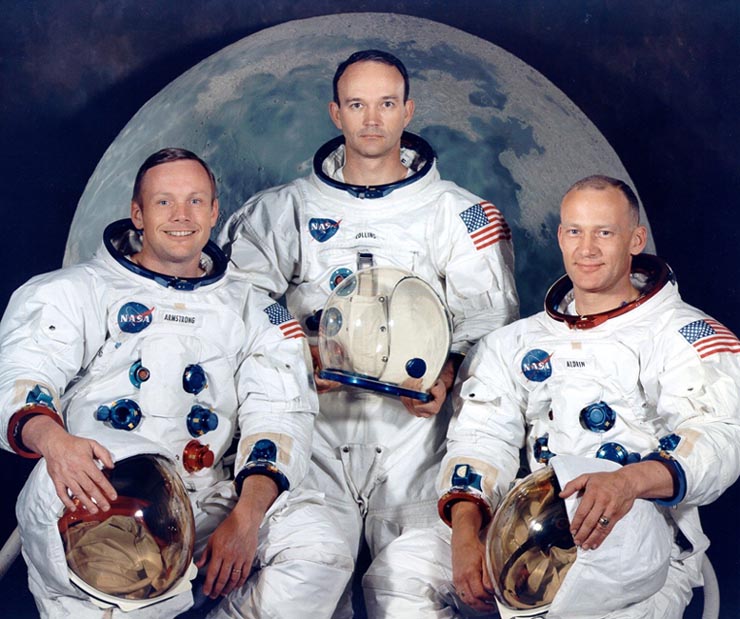 First Communion on the Moon

On Sunday July 20, 1969 the first people landed on the moon. Neil Armstrong and Buzz Aldrin were in the lunar lander which touched down at 3:17 Eastern Standard Time.

Buzz Aldrin had with him the Reserved Sacrament. He radioed:

Houston, this is Eagle. This is the LM pilot speaking. I would like to request a few moments of silence. I would like to invite each person listening in, whoever or wherever he may be, to contemplate for a moment the events of the last few hours, and to give thanks in his own individual way.

In the radio blackout, I opened the little plastic packages which contained the bread and the wine. I poured the wine into the chalice our church had given me. In the one-sixth gravity of the moon, the wine slowly curled and gracefully came up the side of the cup. Then I read the Scripture, ‘I am the vine, you are the branches. Whosoever abides in me will bring forth much fruit.’ I had intended to read my communion passage back to earth, but at the last minute Deke Slayton had requested that I not do this. NASA was already embroiled in a legal battle with Madelyn Murray O’Hare, the celebrated opponent of religion, over the Apollo 8 crew reading from Genesis while orbiting the moon at Christmas. I agreed reluctantly … Eagle’s metal body creaked. I ate the tiny Host and swallowed the wine. I gave thanks for the intelligence and spirit that had brought two young pilots to the Sea of Tranquility. It was interesting for me to think: the very first liquid ever poured on the moon, and the very first food eaten there, were the communion elements.

Neil watched respectfully, but made no comment to me at the time.