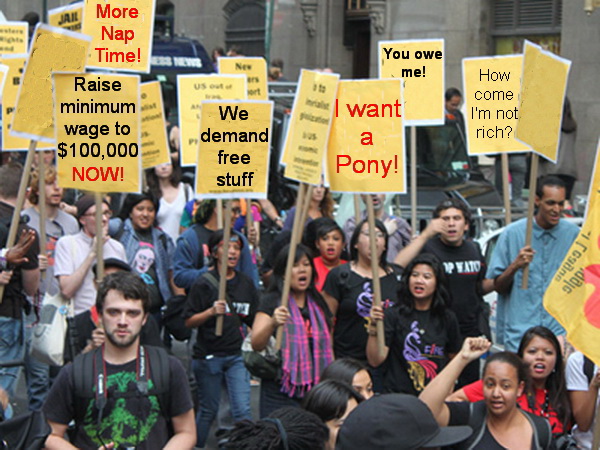 “…On reasoning and emotions: Libertarians have the most “masculine” style, liberals the most “feminine.” We used Simon Baron-Cohen’s measures of “empathizing” (on which women tend to score higher) and “systemizing”, which refers to “the drive to analyze the variables in a system, and to derive the underlying rules that govern the behavior of the system.” Men tend to score higher on this variable. Libertarians score the lowest of the three groups on empathizing, and highest of the three groups on systemizing. (Note that we did this and all other analyses for males and females separately.) On this and other measures, libertarians consistently come out as the most cerebral, most rational, and least emotional. On a very crude problem solving measure related to IQ, they score the highest. Libertarians, more than liberals or conservatives, have the capacity to reason their way to their ideology…”

Haha I don’t put too much weight on these sorts of ‘Findings’.
I certainly don’t believe Woman empathise more than Men, or that Libertarians Empathise less than socialists. I think this conclusion shows a failure to appreciate the Christian Libertarian belief that Liberty and self reliance tends to greater prosperity for everyone, and thus less poverty, and a greater voluntary spirit of community, and benevolence…. all things which socialism destroys. Thus Liberty fosters a more Christian spirit. Yet of course the Objectivists have done their best to destroy this understanding of Freedom and empathy, and instead promoted Selfishness… thus again they have done their best to undermine the Libertarian cause…
As for the IQ Part… well I don’t put much weight on thoses things either as there have been plenty of high IQ Morons!
Apparently plenty of Hi IQ folk believe the theory of Evolution!
So that proves IQ is no Guarantee of intelligence/ wisdom!
Yet I do Believe Socialists are stupid!
That is an empirical Fact!
Ha!
(I guess I stand convicted of Lack of Tact! Yet I dont believe Being PC shows empathy either… really it’s cloaked Malice)