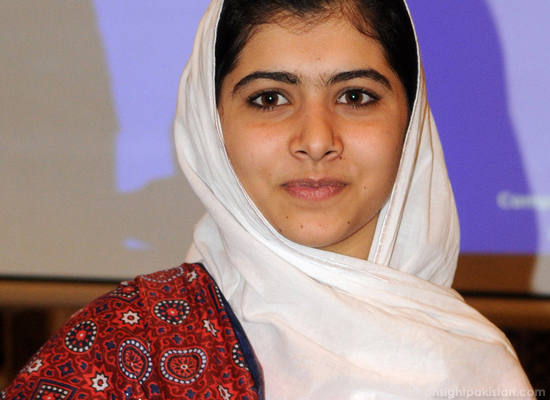 Humbling courage of teenage girl who took on the Taliban: The inspirational story of 14-year-old who has shown breathtaking defiance in the face of deathMalala Yousafzai, 14, publicly condemned the Taliban’s brutal atrocities and campaigned like mad for girls’ education
She is now fighting for her life after being shot in the neck and head at close range
The Tehreek-iTaliban Pakistan (TTP) accepted responsibility and promised that if Malala survives their bullets, they will target her again
Read story Here: 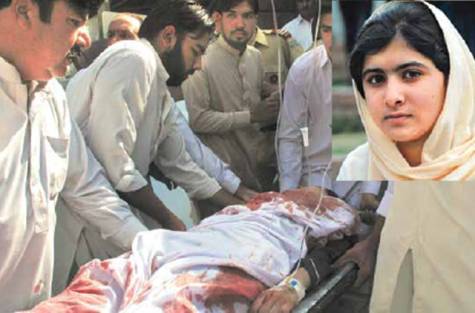 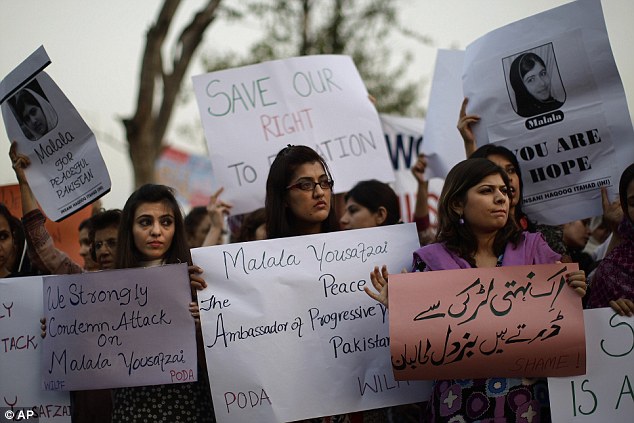 One of the most sickening spectacles in recent years has been the growing Islam-a-phobia amongst so called Libertarian thinkers.
The terrorists have won when they have succeeded in infecting the world with the notion that either the west must outlaw and annihilate the Islamic world, or be consumed by it… they have succeeded in generating ‘intolerance’ and Jihad’… on both sides.
“Death to Islam!”… the Objectivists chant.

“Where are all the Moderates protesting against extremism?…” the Islamiphobes cry.
“There is no such thing as a Moderate Muslim!” They exclaim.

I have been appalled by such Mob phobia… How is it that even the most intelligent and enlightened people are so easily manipulated into a bigotry and hatred?
Don’t they understand what terrorism is?… How it operates… why there are so few voices of protest against Extremism?

This is rich indeed coming from ‘Armchair’ revolutionaries and Intellectuals sitting Cozily by their fires… Meanwhile … thousands of miles away… in Taliban country… a little 14 year old Muslim girl teaches these fear ridden Master minds the price of standing up for Liberty beyond the frontiers of their living rooms!
Yes Little Malala Yousafzai and her brave family show the world what it takes to stand up in resistance to this insidious Evil… religious extremism… religious intolerance… Religious tyranny… under such circumstances… It takes an absolute commitment to truth and justice… to the degree that it is more precious than life itself!
It takes a religious Faith that to do what is right is more important than life itself… and that though there are many Muslims whom know that The Taliban and the extremists are evil, and would rejoice the day they are swallowed up by the Earth… They have been terrified into silence… and only a handful dare step forward under Terror.
What say ye Islamiphobes to this?
Can you honestly tell me you would be as brave as this little girl and her Kin? 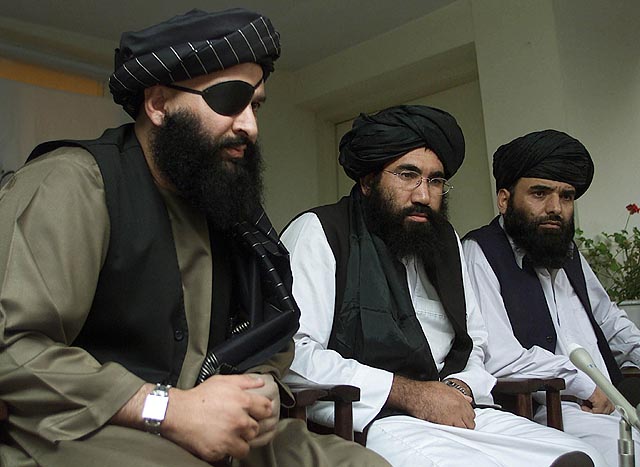 Taliban Terrorist Scum! Satanic. Tyranical over their own people, Intollerant, Savage, Brutal, Murdeous, Self Righteous, Killers of Children.
How can the pretend to be the servants of God?
I despise them, yet am not so foolish as to believe they ar representive of all Muslims!
Such a conclusion is a terrorist induced Phobia. 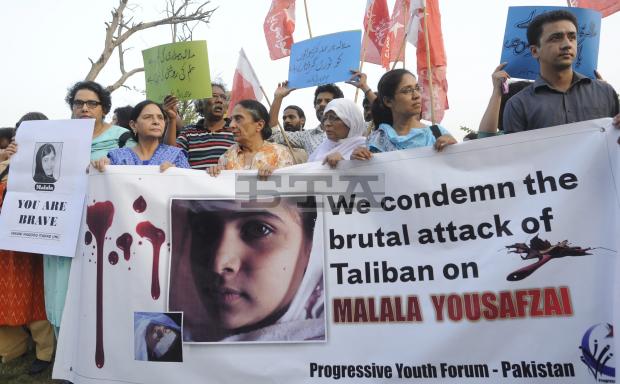 Malala and her family have done the whole world a great service!
They have proven that not all Muslims are Fanatics… not all terrorists.
Their bravery gives the world hope that Freedom and justice can indeed prevail in a world in which Islam is the chosen faith of a large percentage of the population.
In respect to speaking out against tyranny…they possess Christ like character, and I pray The Good Lord watches over them and has mercy upon their souls…!
I pray their sacrifice is the catalyst for a major reaction against the Extremists.
I pray all moderate/ peaceful and tolerant Muslims are pricked in their hearts for their scilence… that they become outraged!
If there ever was an appropriate time for outrage, the shooting of this little hero is it!
May the moderates be emboldened by this shinning example of courage and virtue displayed by a little Muslim girl and her family.
Of course the purpose of shooting this Angel of justice was to further terrify the population into remaining silent.
Will Terror continue to prevail over Moral courage?
Tim Wikiriwhi. Christian Libertarian.

Update:
Important note: It is a most difficult task to convey what I am attempting to achieve with posts like this. Some people will think I am trying to stifle just criticism… eg The Objectivist Lindsay Perigo is quite right to be outraged against the intolerance of those Muslims whom riot and murder, and commit terrorism because they are incensed about cartoons, or Movies which they believe are disrespectful of Islam.
Some people will think I must have rocks in my head! Surely Tim must be blind to the Threat of Sharia Law… as absolutely incompatible with religious liberty and a free society.
In spite of my argument above… where is the voice of protest from Muslims living in western nations against religious extremism?
My point is that while I agree that these serious problems need to be expressed, that Libertarians must take extreme care not to assume that these Evils are shared by all Muslims, that these evils define Islam, or that they prove Islam is absolutely incompatible with a free society.
To believe this is a massive fail.
It is the lazy mans view.
It is definitively collectivist thinking.
It is an un libertarian excuse to perpetrate bigotry and hate.
It is to sell the world out to Jihad… that no grounds for peaceful coexistence can be found between East and West.
It is to ignore the bravery of such people as Malala and her family
It is to pretend all Muslims support the Talebans and Al Qaeda’s quest to Install tyrannical Islamic theocracies throughout the globe.
I will be writing more on this subject yet for now I will say my chief accusation against the Islamaphobes is that they don’t balance their writing as I attempt to do… ie I attempt to differentiate the good side from the Bad side… and throw support in for the Good and condemn the bad. eg when I am attacking Waitangi apartheid I take care to distinguish the Hateful Racist radicals from the rest of Maoridom whom are as much a victim of the racism as Non-Maori. And i attempt to make it clear that I am not Anti-Maori culture and that in Freedom Maori may embrace their culture as much as they desire… it simply will not be imposed upon others via oppressive laws…. and this is the same message which must be used in educating Muslims into the benefits of a free society. And it is this part of the message with is conspicuously absent from the rantings of the Islamiphobes. It is missing because they dont wish to admit they are extreme in their phobia.
They Rellish the opportunity to vent their Hatred. It may be enjoyable for them yet they fail Libertarianism because of this and do the cause of Liberty and justice a disservice.
I am a Christian. A Christian ought not Hate Islamic people but love them!
Christians ought not be an enemy of Islamic people… but an enemy of tyranny.
The Islamic people need the gospel, and we cannot expect to convert them if we ourselves meter out evil for evil… and act out of hate.
Peace, Liberty, and equality, are the best conditions for propigating the Gospel and showing the Lost the christian message… by compassionate example.