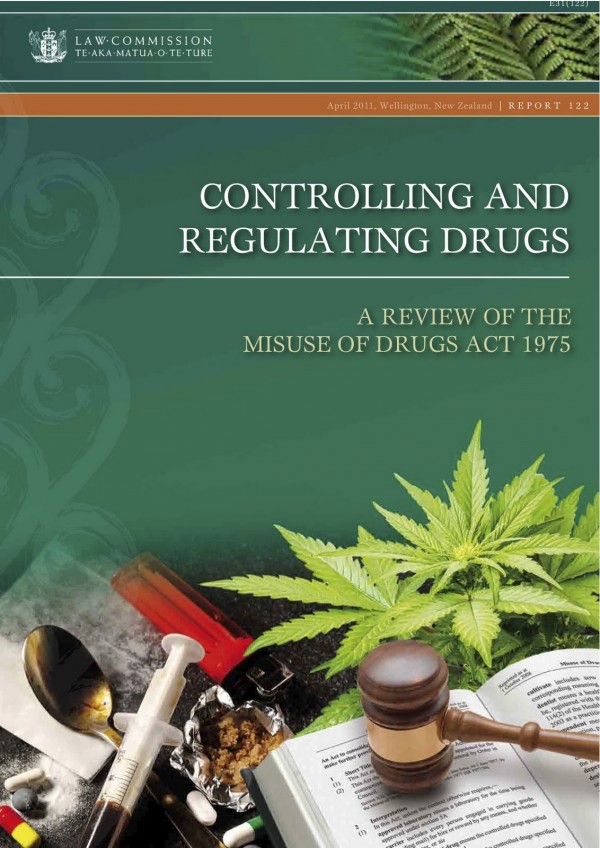 36 YEARS OUT OF DATE! – It has been 36 years since the Misuse of Drugs Act 1975 was first enacted, it needs to be overhauled and replaced; The Act has been amended on numerous occasions and is complex and difficult to understand and navigate. The Act’s framework is based on the recommendations of the 1973 report of the Blake-Palmer Committee and largely reflects the drug policies and issues of that era. There is concern that the Act is not well aligned with New Zealand’s National Drug Policy and does not pr
ovide a coherent and effective legislative framework for responding to the use of psychoactive drugs.

LAW COMMISSION REPORT – In 2010 The Law Commission issued its report, Controlling and Regulating Drugs – A Review of the Misuse of Drugs Act 1975 (NZLC R122, 2011). Among the key proposals contained in the report are:

• Legalising cannabis for medicinal use.

• A mandatory cautioning scheme for all personal possession and use offences that come to the attention of the police, removing minor drug offenders from the criminal justice system and providing greater opportunities for those in need of treatment to access it.

• A full scale review of the current drug classification system which is used to determine restrictiveness of controls and severity of penalties, addressing existing inconsistencies and focusing solely on assessing a drug’s risk of harm, including social harm.

GOVERMENT FAILURE! – Our government has failed to act urgently on some of the key proposals and as a result, people who use cannabis for medicinal purposes are being arrested, charged, convicted and even sent to prison!

Billy Mckee is our latest victim, he is an amputee and the director for GreenCross (a support group for people who use cannabis medicinally) he is facing one charge of cultivating cannabis and four charges of selling small quantities of cannabis to an undercover policeman who entrapped him by posing as someone suffering from severe migraines.
Billy is being sentenced at 9.00am Tuesday the 30th October at Palmerston North High Court and could get up to 8 years in jail for this act of compassion, this is clearly not justice.

MASS PROTEST! – We are arriving at Palmerston North High Court on Monday the 29th October by 4:00 pm for a public display of non-violent civil disobedience at 4:20 pm. We will then picket the courthouse until 8pm at which time our overnight candlelight vigil will begin, devoted to Billy Mckee and in solidarity with all medical cannabis users around NZ and the world. From 9am on the 30th we will picket the courthouse and sit with him in the courtroom until he is sentenced and/or freed.

Billy lost a leg due to a car crash he is confined to a wheelchair and in constant pain from nerve damage to the stump as well as suffering from post-traumatic stress disorder. The pain medications he was prescribed by doctors caused intolerable side effects where even driving was unsafe.

Prison terms have also been imposed on other medical cannabis users due to a law that lacks compassion. Please come along to the protest to show your disgust at our government’s lack of compassion and their failure to act upon the law commisions recommendations!