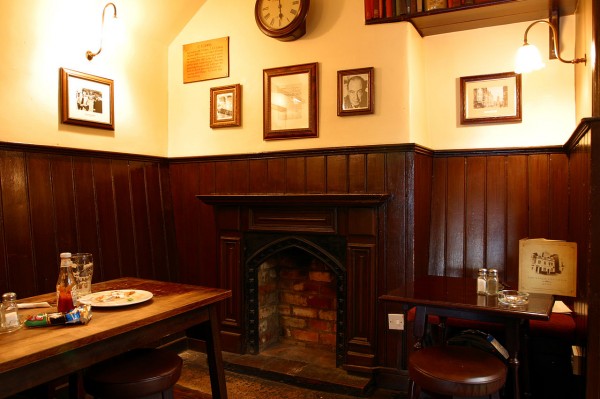 Earlier today I spent an enjoyable couple of hours and couple of beers with Glenn Peoples (of Say Hello to my Little Friend) at the Trax Bar and Cafe discussing philosophy, theology, politics and life in general.

We agreed that it would be a good idea to make our meeting (qua philosophy and theology discussion group) a regular event. We’re the only two Christian philosophers we know in Wellington, but we expect there are others. “Thoughtful and rational churchmen and women,” “educated priests and professors of theology,” and “senior clergy” (I’m gleefully quoting Richard Dawkins out of context here) are invited. If you know what ‘qua’ means, please consider joining us for the next meeting of the New Inklings.

Topic: Theism, Atheism, and Rationality (a paper by Alvin Plantinga)

The Inklings were a group of English writers who gathered on Tuesday mornings at the local pub to discuss the progress of their works in progress. The group famously included J. R. R. Tolkien and C. S. Lewis. The Inklings were predominantly theists. Today being the premiere of Peter Jackson’s movie of Tolkien’s The Hobbit in Wellington, the name ‘New Inklings’ naturally suggested itself.

The New Inklings is also an existing blog (not recently updated, unfortunately, but I’ve added them to the blogroll anyway).

3 thoughts on “The New Inklings”