What is a species? Even Charles Darwin, author of On the Origin of Species, was none too sure. In the book, Darwin wrote

No one definition has satisfied all naturalists; yet every naturalist knows vaguely what he means when he speaks of a species. Generally the term includes the unknown element of a distinct act of creation.

But later, in The Descent of Man, when addressing “The question whether mankind consists of one or several species,” Darwin wrote

it is a hopeless endeavour to decide this point on sound grounds, until some definition of the term “species” is generally accepted; and the definition must not include an element that cannot possibly be ascertained, such as an act of creation.

Over two dozen distinct definitions of “species” are in use amongst biologists.

Most textbooks follow Ernst Mayr’s definition of a species as “groups of actually or potentially interbreeding natural populations, which are reproductively isolated from other such groups”.

Now this serves as a good working definition in many cases, but it clearly won’t do for asexually reproducing organisms (which, in fact, is most organisms).

Fast forward to the modern evolutionary synthesis (neo-Darwinism) and we find that the definition of species has something to do with ancestry or lineage. Evolutionists these days believe that all life is descended from a small, single-cell organism called LUCA, an acronym for last universal common ancestor. Evolutionists like to draw a highly simplified family tree or tree of life that looks like this. 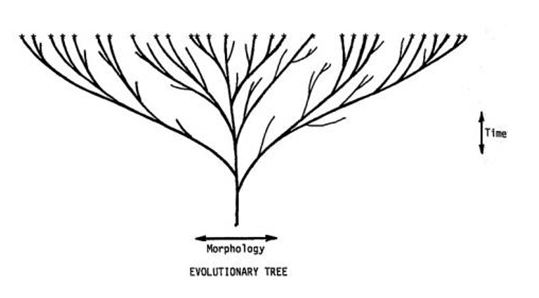 An obvious and attractive definition of species would be those organisms between two adjacent branch points (or branch point and branch tip) of the tree. And it’s the right definition (or so say I). But … there seems to be a problem.

(I’m conducting my own investigation into the origin of species. I remain agnostic, at least for now. Thus, I cannot accept any definition of species that begs the question in favour of either creationism or evolutionism.)

The problem with my definition is only apparent. Creationists, you see, have their own trees (plural) of life. Imagine the evolutionists’ tree of life more or less severely pruned, then throw away the tree. What you’re left with is a bunch of miniature trees that look a bit like this.

Here, the roots at the bottoms of the trees are the original created kinds (each “after his kind”) as described in Genesis 1. (In the case of land-dwelling creatures, the roots at the bottoms of the trees might as well be the mating pairs that boarded Noah’s Ark. Strictly speaking, Noah’s Ark represents a population bottleneck for each species that boarded.) Creationists these days are quite happy to accept microevolution, or speciation within kinds. Biblical kinds are usually identified with biological Families, and less usually with Genera or Species. This makes the logistics of getting the animals on the hypothesised ark a whole lot easier. No need to have mating pairs of tigers, lions, cheetahs, ocelots, Smilodon, etc. No, just a mating pair of cats, from which all members of Felidae are descended. (Heard of ligers and tigions? No, neither had I. They exist.)

Speaking of arks, in the news is wealthy Creationist Dutchman Johan Huibers who built a full-scale replica of Noah’s Ark and this week opened it to the public. Check it out! 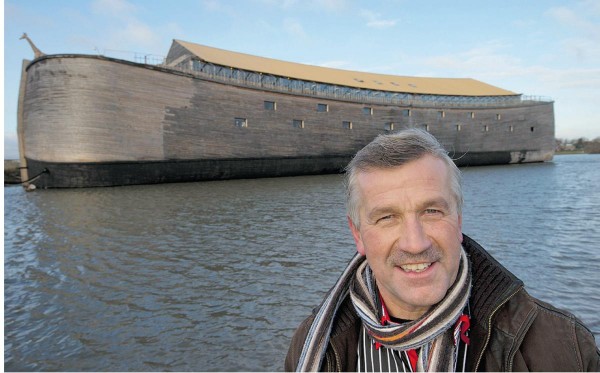 9 thoughts on “Trees of Life”