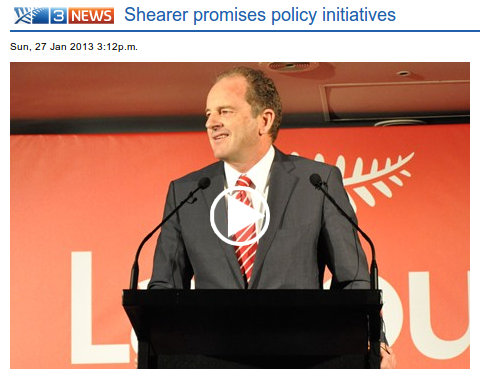 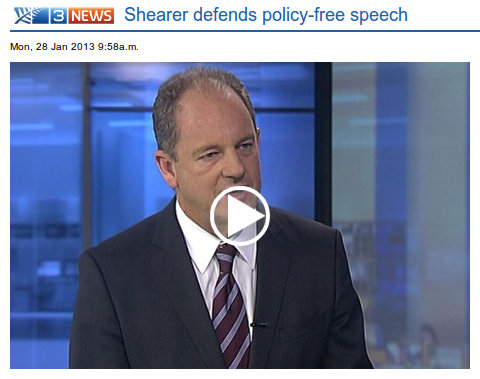 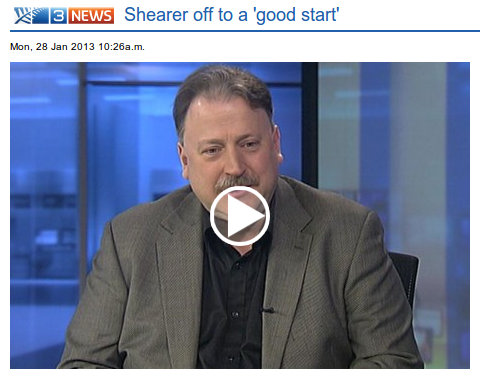 Chris Trotter says Shearer is off to a ‘good start’. Why? Because

He had a terrible first year, and he really needs to get this year rolling with an image that most people can at least not recoil from in horror and disbelief, so that’s a good start.

I don’t always follow the MSM, but when I do, I recoil in horror and disbelief.

At least one Labour MP is making the right noises about drug law reform. For that reason alone, I’d like to see a Labour-led government replace our National-led government in 2014. But I can’t see Shearer’s “good start” ending well. His flagship policy*—that of spending $30 billion of your money to build other people’s houses—was never a starter, let alone a good one. It’s in tatters.

I believe that we should be building houses – that’s not the Government building houses, it’s the private sector – obviously builders build houses. But what the Government can do is to make that happen. We can stand back and we can twiddle with the RMA, or blame councils as this government is doing, but it won’t get young Kiwis into their own home.

We have to step in and actually do something.

The government should do something. Yeah right. It’s all too awful to contemplate.