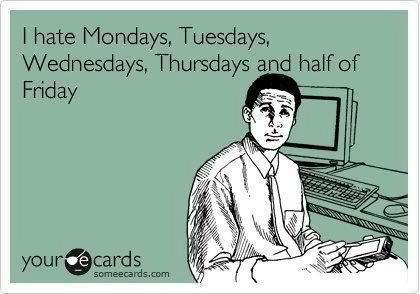 ^^^That’s quite sad. That’s writing off 9/14ths of your year/life! People need to value their jobs more…even if they think their jobs are menial, because living by the sweat of your own brow is virtuous.
It means you live by your own self reliant effort… not off the sweat/slavery of others. And that is morally right. Plus when you choose to buy a new record, or a beer, or go on holiday you have every right because you earned your money and it is not for other people to say how you spend it. It is a fact that Socialism does not teach children or workers the virtue of work. They preach it as a form of slavery. they promote envy, jealousy and hatred of the wealthy. They would have you believe that a life of ease/ sloth/ non-production/ consumption is something we ought to desire, when in reality that is a very shallow and empty, and ‘cheap’ notion of life… not Manly at all!

For the Christian The virtue of work is a God- ordained reality. It is a mistake to think that the Bible says that work is a form of punishment for sin…. man having been kicked out of the Garden of Eden… no more to ‘Freely Eat’ of The Fruit therein.
The truth is that when God made man and put him in the Garden, his ‘job’ was to tend it! (Gen1-Gen 3)

And 4000 years later St Paul tells Christians…
“For even when we were with you, this we commanded you, that if any would not work, neither should he eat.”

And in the Future dispensation when Christ returns and establishes his Kingdom on Earth contrary to what many Christians have been taught…. Christ’s Kingdom will not be a Communist Utopia!
The Bible says that during the Kingdom reign that…
“They shall not build, and another inhabit; they shall not plant, and another eat: for as the days of a tree are the days of my people, and mine elect shall long enjoy the work of their hands.”
Isaiah 65:22 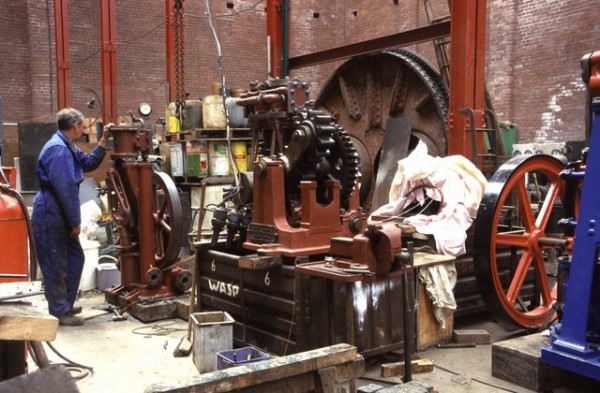 ^^^Yes Work actually is one way we emulate our creator… it is one of our attributes which shows we are created in his Image.
When we work, we exercise God-like creative powers. Mind over Matter.

Thus the Bible does not support socialism at all!
Thus we can see why Socialist atheists Blaspheme the Bible as being “a tool to enslave the worker to the Capitalist Greed”….etc.
They say this because The Bible gives a positive value to independent self reliance, self responsibility.
It condemns the unearned redistribution of wealth, and says work is dignified and not slavery at all!
Tim Wikiriwhi
Christian Libertarian.