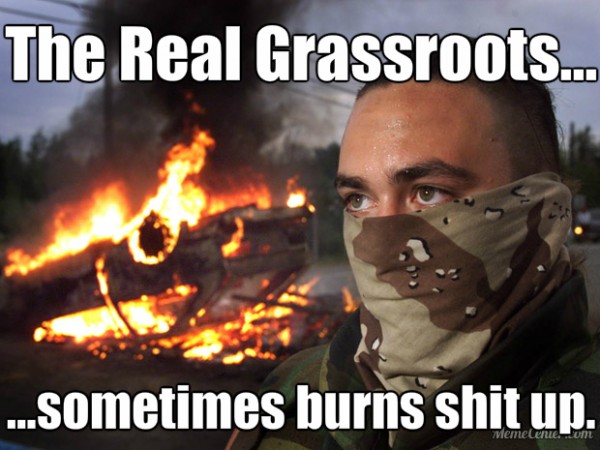 The lies against the Jews which underpinned the fanaticism and extreme violence of The Nazis under Hitler are being replicated by the Maori separatist movement, and the endorsment of their ‘grievances’ by consecutive Labor and National led governments.
Waitangi separatism has resulted in a Race relations crisis, in Massive extortion, in the mass manufacture of corrupt law and institutions, in the enslavement of thousands of Maori in socialist dependence, and most seriously still… in the growth of fanatical race hatred and a propensity for violence.
The Maori people are being manipulated by malicious, and dangerous radicals and are being led down a very dark path.
They are being told that this is a process of ‘righting the wrongs of the past’, when in fact it ism nothing short of a despicable demonstration of race hatred, and grab for wealth and power.

I identified this ideological cancer well over a decade ago, and have ever since dedicated myself to exposing this evil for what it is, and busied myself attempting to awaken the Maori people to the truth.
I was the Libertarianz party spokesman on Maori affairs for approximately ten years, and since my resignation have remained vocal as an Independent Libertarian and Christian.

I would like to share with you part of what has been the personal cost of my stand against the Radical separatists, and the established/ entrenched doctrines of Socialist Indigenous Rights which underpins New Zealand’s ever expanding system of Apartheid… under the guise of ‘honoring the treaty’.

Today I received several comments to a blog post I wrote about the Tame Iti and the ‘Tuhoe terrorists’, in which I was explaining exactly how dangerous are the anti-colonialist lies and the socialist doctrines of indigenous rights, ‘self determination’, etc are. I was explaining why I was not at all surprised that Tame iti and the radical Greens were involved in plotting a campaign of violence.

‘Not a Pimple on Mandela’s Butt! Tama Iti’ 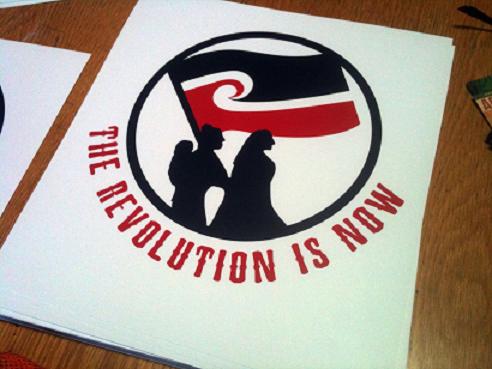 The enlightened humanitarians among mankind who refuse to cower in silence, and instead bravely step forward and dare to challenge the haters… all must run the gauntlet and risk everything for the sake of truth, justice, humanity, and progress.
They are torn between a sense of selfish guilt… that perhaps their High ideals are bringing danger upon their wives and children…and that maybe they should shut up… and simply blend back into the crowd.
But then they realise that Silence only makes the Evil ones more successful in their plans, and that unless brave souls stand up and set an example… their silence condemns their loved ones, friends, and neighbors to even greater perils and injustice.

“Evil prevails when Good men do nothing”.

What these brave people need is for their fellow countrymen, fellow brethren, to not allow these ‘torch bearers’ in their midst’s to be left alone and unsupported, but ought to rally around them, and to add their voices to the cause. 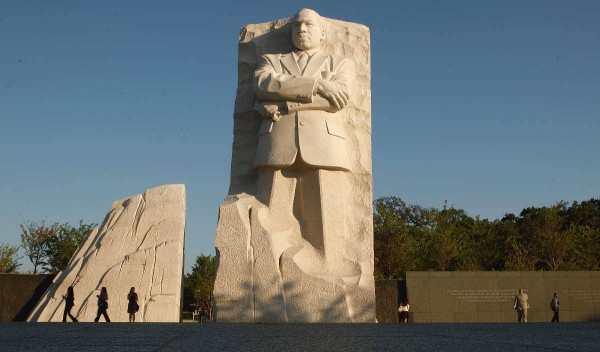 Collar shirt’s 2 Comments are below, and my reply follows.
I hope readers will both appreciate my cause, and will determine to get involved and help me and other brave Kiwi, like John Ansell, defeat the lies of The Radical Maori separatist movement, and the corrupt politics of Treaty separatism which has being foisted upon us by Labour, National, Act, NZ First, The Greens, The Maori Party, Mana,etc…

Collar Shirt says:
Wednesday 17 April 2013 at 11:35 AM
Tim how the f**k do you know Tame Iti was planning to kill white people you f**king point the finger judgemental pr**k – and what do you know about any violent murderer radical Separatist, if you have got any evidence to hand on to the Police – tell us what that evidence is right now – This is a RACIST & FICTIONAL story of yours. And as for pimples I would like to squeeze your head like a pimple until the white puss you call your brain squirts out you piece of hard WHITE SH*T! and you too Angry Tory! I challenge you’s to print what you’s have both written and start handing them out to the public – and see how long you can last on the street without getting your face smashed in! – Pussay’s

2. Collar Shirt says:
Wednesday 17 April 2013 at 11:53 AM
Do not let any unwholesome talk come out of your mouths, but only what is helpful for building others up according to their needs, that it may benefit those who listen.
I would like to make a complaint about the RACIST nature of this article which is in very bad taste, lacking in facts and based on innuendo and to compare a person to a murderer is asking for trouble. – but most of all it doesn’t stick to the kaupapa of the rules – this article is “unwholesome” and “does not build others up” in fact it does the complete opposite of discriminating against a fellow human being – and has absolutely NO BENEFIT WHATSOEVER to any right minded and virtual thinker.
Tim Wikiriwhi Christian Libertarian – i will hand on your message to the Iti whanau in Ruatoki and don’t be surprised if they come looking for you and ask you to say what you just wrote to their face. I will make you my special project to read & check all your other articles too to make sure you are not spreading your RACIST HATRED poison around that ends up on the web – you piece of SH*T!
********************************************************************

What is your real name ‘Collar shirt’?
Very brave talk coming from someone hiding behind a pseudom.
And your threats prove the validity of my statements Re: the Violent mentality of the Racist radicals.
Your threats are a testimony to the stark fact that while you want so called ‘Maori rights’ to be recognised, you don’t recognise any one else’s rights (like mine) to free speech, etc.
Thats called hypocracy.

Yawn!
I have been threatened many times in the past… face to face with radicals at Waitangi and other places.
I have always spoken my mind in the open… not the shadows, and will continue to do so irrespective of threats like you have delivered above.

I have spoken many times publicly, on Marae, and on TV before my peers.
See a TV one debate Here:
http://blog.eternalvigilance.me/2011/10/tim-wikiriwhi-argues-to-end-waitangi-racism/

My reports about Iti’s intentions are based upon Media releases regarding the recordings the police got of conversations between Iti and his crew.
If it had not been for the bungling of the Legislation, and the bungling of the police Iti and crew would have faced much more severe charges… including discussion of kidnapping John Key and ‘practicing’ by killing white people.
I don’t suppose you bothered to use our search engine to find out what I have written about Tame Iti’s conviction on Fire arms charges… Here…

You would see that I actually *condemned* the basis on why he was actually sent to jail! I defended the right of peaceful people to own firearms, and even to be members of private militia. Thus I show my integrity is to justice, and though Tame Iti is a dangerous radical, yet still I have no desire for anyone to be jailed on bad laws or bad judgments.

Yet I dont expect that my integrity in this post will impress you either.
You fanatical haters only want to hear your own hate… you are not interested in tolerating dissenting views…. a lot like the Nazi’s whom hated the Jews, and who likewise could not tolerate any criticism of their mentality, or methods.
Think about that.
Think about what race hatred has done to the world?
This is the very evil I am seeking to save the Maori people from.. the manipulations and hate mongering of violent racist radicals whom blame everyone else but themselves for their own lack of achievement, violence and misery.

Read about Violent support in Waikato for Terror suspects Here:

Read about… Where Haters come from. Here:

Read about… Universal Pride in Washington, Separatist Shame in Wellington. here:
Read about…. State of Confusion. The Rule of Law vs The Mandate of the Majority. New Zealand’s Constitutional Crisis. Here:

10 thoughts on “The Shame of Maori Radicalism. Hate and Violence.”