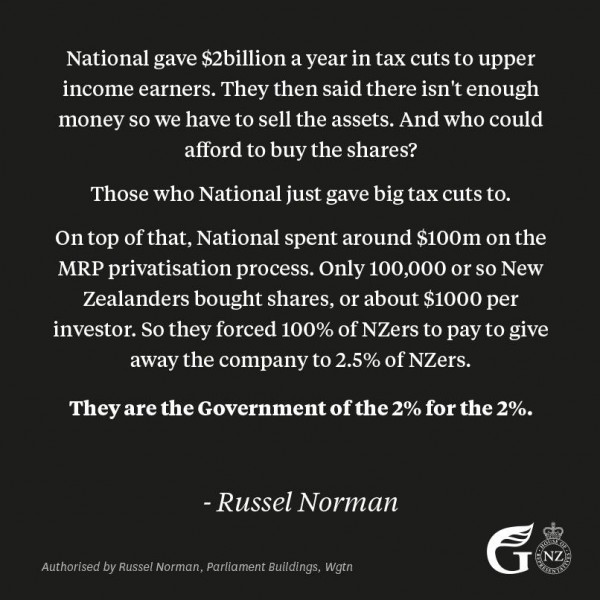 So, in other words …

National didn’t force upper income earners to pay $2billion extra a year in tax. They then said there isn’t enough money for our welfare programs for low income earners so we have to sell the assets. But who could afford to buy shares?

Those whom National didn’t force to pay an extra $2billion.

The National government bungled the asset sales but at least they’re not communists.

3 thoughts on “Are the Greens communists? (Part 2)”