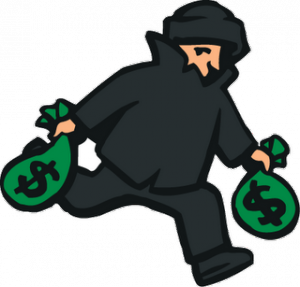 Yesterday someone broke into my house and stole my iMac, some laptops, cash, an X box and a few other things.

Luke 6:29
Whoever hits you on the cheek, offer him the other also; and whoever takes away your coat, do not withhold your shirt from him either.

I’m not concerned about the loss… but yeah… I’m not really feeling this scripture (Tim, please tell me this one is part of an irrelevant dispensation 🙂 )

A christian friend said hearing about the theft made him angry – I don’t want to be angry. How should I, or any Christian, react to being robbed?

Proverbs 6:30-31
People do not despise a thief if he steals to satisfy his hunger when he is starving.
Yet if he is caught, he must pay sevenfold, though it costs him all the wealth of his house.

Exodus 22:1-4
Whoever steals an ox or a sheep and slaughters it or sells it must pay back five head of cattle for the ox and four sheep for the sheep.

Anyone who steals must certainly make restitution, but if they have nothing, they must be sold to pay for their theft. If the stolen animal is found alive in their possession—whether ox or donkey or sheep—they must pay back double.

I hope this post provokes a robust discussion. Unfortunately I may be limited to making follow up comments using my smartphone. 🙂

10 thoughts on “Dealing with thieves”