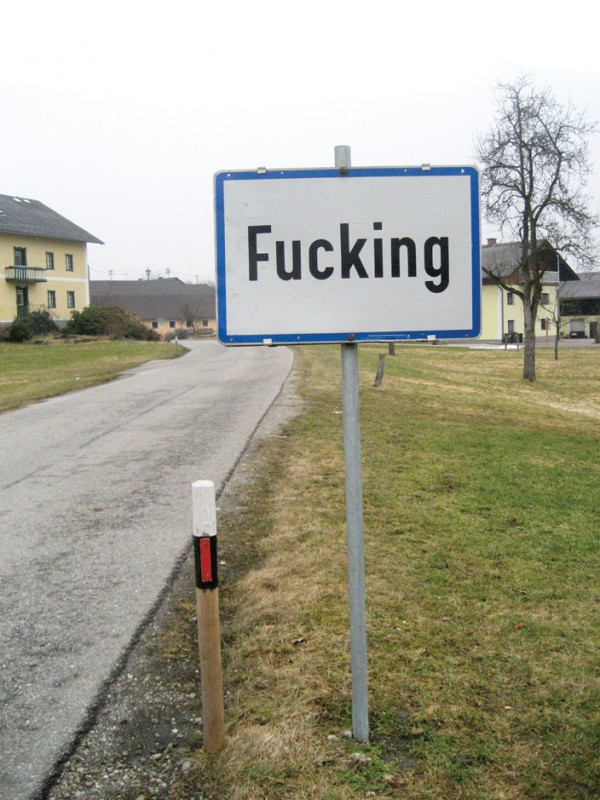 Fucking is an Austrian village in the municipality of Tarsdorf, in the Innviertel region of western Upper Austria. The village is 33 kilometres north of Salzburg, 4 kilometres east of the German border.

Despite having a population of only 104, the village has become famous for being the birthplace of Adolf Hitler.