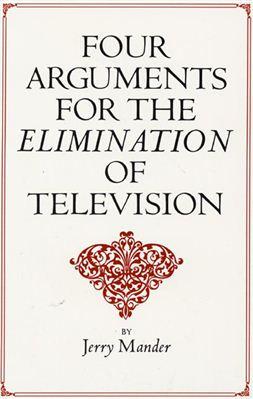 A long, long time ago, before the Internet, we had Loompanics Unlimited. 🙂

I still have several of their titles, including books on how to grow magic mushrooms, how to start my own country, how to build a nuke in my parents’ basement, etc. … and Jerry Mander’s classic Four Arguments for the Elimination of Television.

Here’s One Argument for the Elimination of State Television. (There are many, many more.)

The Libertarianz Party today condemned the state-owned Maori TV channel for blocking participation by ALCP leader Michael Appleby in a panel interview of candidates in the Ikaroa-Rawhiti.by-election.

“A television channel that belongs to taxpayers has no business telling a candidate they do not have ‘Maori credibility’. That is for voters to decide on election day,” said Libertarianz leader Richard McGrath.

“We believe all candidates should be given equal exposure in order to ensure that voters are fully informed.”

“This situation reflects very poorly on the people who run Maori TV. Clearly, they are hopelessly biased in favour of the left wing candidates, who want to further entrench soul-destroying welfare dependency on their prospective constituents.”

But Maori Television is government owned and taxpayer funded. It’s obscene that the NZ government is allowing one of its media arms to rig the election.

4 thoughts on “One Argument for the Elimination of State Television”