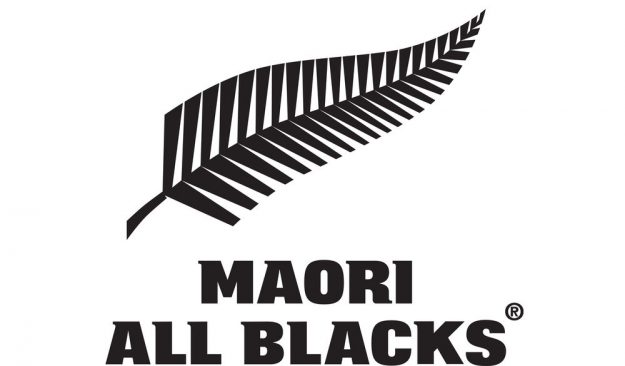 I did not watch Last nights Rugby game … Lions vs the Maori All Blacks, though I had a cousin at the game screening bits of it live on Facebook.
I was waiting to see the results to start pouring out on my news-feed… waiting waiting… in New Zealand when it comes to rugby…No news is Bad news!
The silence was deafening!… Sure enough my hunch was correct… The Lions had eaten our Maori ‘Taua’ for Dinner!
32:10.

After Kiwis scrape themselves back off the floor… have a group hug… they will appreciate that this win has made the rest of the Lions tour ten times better than if the Maori had been victorious!
* ITS ON NOW BOYS!!!!* Oh yes… we want UTU! (vengeance!)
And it is part of Maori culture to pay homage to the prowess of mighty Enemy Warriors… The Lions have reminded us why the tiny Isles of Britain once ruled the world! 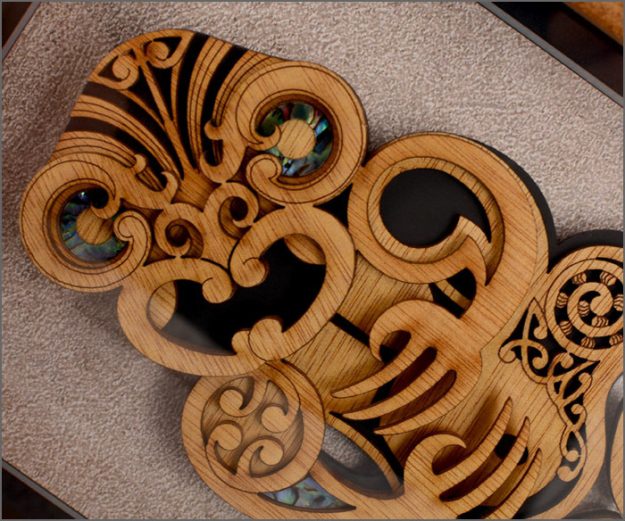 Sportsmanship.
*One of the great truths about Sport…whether competition between rival schools… or Nation States (like the ancient Olympics)… the field is a mock Battle ground… Players are Warriors on the field of battle… Tries are Mock victory of small battles and Absolute victory of the war goes to those Mighty combatants whom win the most battles.

* Yet all this is in the name of Peace and good sportsmanship*… It has all the hidden elements that are known as ‘the glory of War’… Heroic deeds… Mana (Prestige) to the Victors…and a humbling effect on the losers… etc etc… there may even be blood!, yet hopefully no one dies in the process… Its what the Rap-battle was all about on the streets in the 80s.
*A civilized substitute for violent confrontations and Wars.
Its part of maintaining friendly relations.

This aspect of friendly sporting rivalry and completion raises sport up from being merely something of Entertainment… of fun… of physical prowess… into the higher domain of working for Peace and good will between different groups of people… often groups whom in the past have faced off on real battle fields.
I have mentioned all this to remind myself that Rugby and Sport in general has this higher element… its not all about brute strength… more than just grown men chasing a peanut about like children.
******** 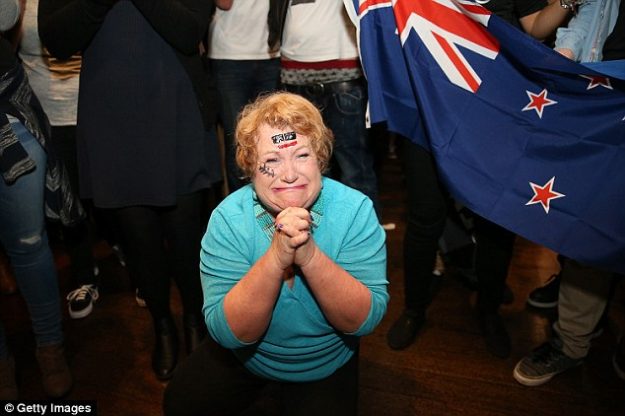 Rugby and Politics.
With our history surrounding the infamous 1981 Springbok Tour, New Zealand has a legacy of mixing Politics and sport, so it should be of little surprise that an interesting theme has been popping up on social media in light of this match… that is symptomatic of current Race relation troubles New Zealand is reeling under with respect to the political charade of Waitangi Treaty separatism.
With all this history some people are wondering how it is that New Zealand can field a race based team?

Race relations and the topic of equal rights and Equality before the law in New Zealand focuses chiefly on the dynamics between the descendants of the Native Maori people… and the descendants of the European colonization that happen in the 1800s… though in reality no such division exists now that with the process of time Integration of the two peoples means there are now no ‘purebred’ descendants of Maori blood left… which is not something to be mourned but a great testament to the success of the peaceful relations between the Natives and the colonialists… intermarriage means we have all become family… an actualization of the political reality that occurred at the signing of the Treaty of Waitangi… at which Hobson.. the Queens Representative.. shook the hands of the Maori Cheifs and declared “He Iwi Tahi tatou”… we are now one people.
Unfortunately subversive Racist elements have been able to smoke the New Zealand public into ignoring these facts that physically and spiritually bind us as one… and successfully forced a massive racial rift extorting Obscene sums of Money, and Power on a scale of cosmic proportions… so that an effective Apartheid state now exists… with all the evils that follow in the wake of such legalized injustice.
Contrary to the Official line… it is not the Maori people whom suffer legal oppression because of their ethnicity… but Pakeha!(British colonials and their descendants).
Maori in reality enjoy Perverse Legal favoritism!

From this short description of New Zealand political climate with respect to race relations, you can see New Zealand wallows in ideological confusion and this sore spot created by the apartheid system has caused some Kiwi to question the legitimacy of New Zealand fielding a so-called ‘Race-based rugby teams, etc… noting there would undoubtedly be outrage by the Maori Politicians and radicals if New Zealand wanted to field a ‘Pakeha’ team.
This is more than mere conjecture… we witnessed this in concrete reality when an group of youth at Auckland University sought to establish a ‘European association’ and was slammed down by all the powers that be including Race relations Commissioner Dame Susan Devoy… read about that … Here 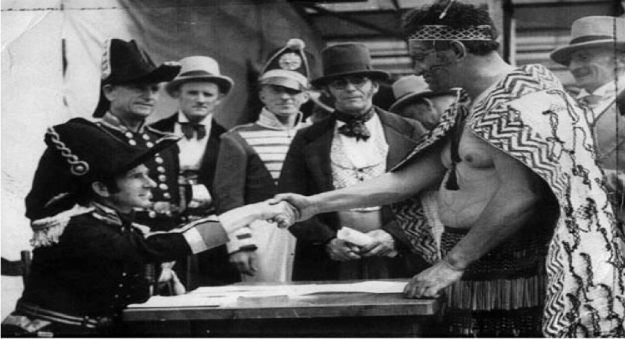 That aside What is Ironic… if not amusing… is that in reality the Maori All Blacks is not made up of players of strictly Maori decent at all! … every player on the field carrying the genes of their Pakeha ancestors onto the field just as much as their Maori ancestors!
They *Cant be separated!*… there us no chemical, or mechanical means by which Maori living today can remove their Pakeha Genes… or the heritage… that is associated with them… so the whole idea that the Maori All Blacks is prohibitive to allowing anyone with Pakeha blood into the team is patently false and only exists in the shallows of the public mind.

More than this… more than simply highlighting these plain facts, I want to now get to the heart of a grand mis-understanding as to what the principle of equality before the Law *Really means*… and it is the absolute opposite of what Shyster socialists have ingrained into the sheeple mind.
And this is absolutely essential for a population to understand if they are grasp how Equality before the Law rightly functions in a free society. 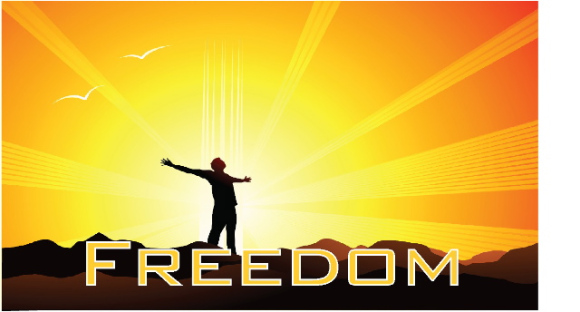 It is Essential for the public to grasp…. esp the people of Maori descent… to appreciate that Equality before the law does not inhibit the freedom of Free citizens of any demographic from establishing their own voluntary associations/clubs/ etc but in fact protects their rights and liberties to do exactly that… *But Prevents the Government* from passing laws, or forming institutions that discriminate on such basis.
Thats right… The principle of (racial) Equality before the Law means Its the Government that is forbidden from such rights and liberty… not us the citizenry… and that is why it is completely within the Natural rights of Free individuals to establish Woman only Gymnasiums, Christian only bookshops, Motorcycle only Clubs, etc etc… and so there is no difference between a Private club forming to create ‘the Maori All Blacks’… than for independent Iwi to hold inter-tribal competitions.
Do you get that?
This is what *FREEDOM* is all about and it is my hearts desire to show the Country… esp the Maori People that they have nothing to fear from the destruction of Treaty separatism and the establishment of ‘One law for all’, and that in fact *Equality before the law* is the principle that protects their rights to do so… to freely revel and peacefully enjoy their culture to maximum degree… justly possible.

Freedom and Equality before the law is essential.
Anything less is political oppression.
And New Zealands Waitangi Apartheid state is *very oppressive* *Very unjust* despite the absolute lies that the Socialists in government are teaching the sheeple… that their political violations of the principle of equality before the law are about *Justice*… and establishing Racial harmony!
There could be no greater deception than that!

I will Edit and improve this post over the next week or so which is process that refines my opinion pieces significantly as I ponder further, yet I hope I have put some clarity as to how the Principle of Racial equality before the Law *DOES NOT PROHIBIT* such liberties as forming a ‘Maori’ AllBlacks Team any more than A ‘woman only’ Volleyball team.

Ponder this and you will see that this is the only rational reality possible… esp in the light of the INSANE AGENDAS of the whacky Liberal left and their armies of Nut ball and vicious ‘social justice warriors’ who are busy telling us we cant even have segregated toilets the Keep dirty old men and pervs out of little girls rest rooms.
They want to Ban us from being able to make such fundamental distinctions as…’Gender’!

So we exist in a state of Socialist confusion, Madness, and chaos that completely undermines the traditional values that have delivered us the Glory Of Western Freedom and civilization!
race realizations … not just in new Zealand but in Western Civilization are in crisis.

Someone must stand up for what is right… and remind the world what the principles of Justice are all about… which will lead to the complete destruction of Socialism and its Evils.

End of Rant… Now lets drop all this pettiness regarding the Maori All Blacks… rise above the current political environment… and embrace it for the freedom that it represents.
The Battle is on Peeps…. hopefully one of our Platoons will Route these Lions and send them home.. tails between their legs!!!! 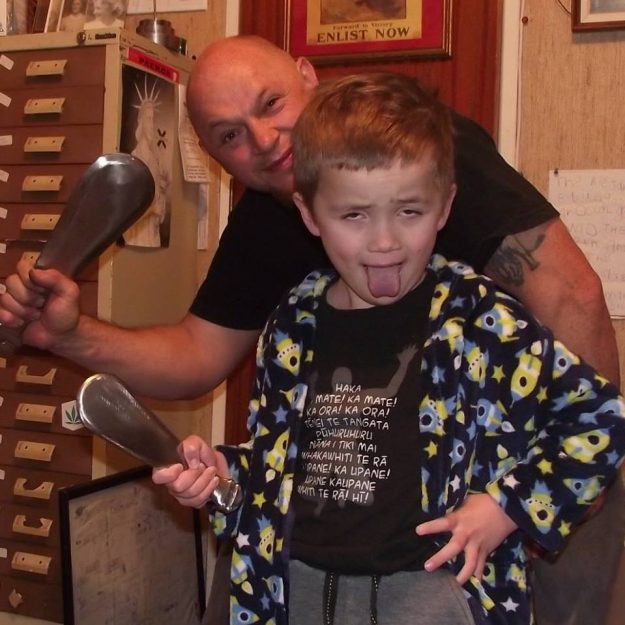 ^My Son Roman and I.

5 thoughts on “Why having a Maori All Blacks team is Great and not a violation of the principle of equality…. Lions tour of New Zealand 2017.”