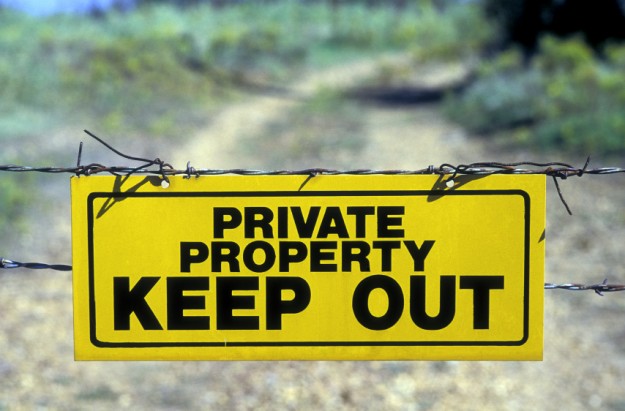 Property rights are restrictions on freedom.

If you don’t agree that property rights are restrictions on freedom—if you think instead, for example, that property rights are a prerequisite of freedom—then either you haven’t been paying attention, or you’ve been reading too much Rand, or, at any rate, you’re using the word ‘freedom’ in a particular sense of the word that’s packed with presuppositions—and freedom might as well be just another word for nothing left to lose because with our differing conceptions of freedom now in play we’re all ready, set, go to miscommunicate spectacularly.

Property. That which is peculiar or proper to any person; that which belongs exclusively to one. In the strict legal sense, an aggregate of rights which are guaranteed and protected by the government. … The term is said to extend to every species of valuable right and interest. More specifically, ownership; the unrestricted and exclusive right to a thing; the right to dispose of a thing in every legal way, to possess it, to use it, and to exclude every one else from interfering with it. That dominion or indefinite right of use or disposition which one may lawfully exercise over particular things or subjects. The exclusive right of possessing, enjoying, and disposing of a thing. The highest right a man can have to anything; being used to refer to that right which one has to lands or tenements, goods or chattels, which no way depends on another man’s courtesy.

As wrong as it sounds on the face of it, libertarians are actually all in favour of giving up a little freedom in order to gain … what? Property rights, that’s what. Your freedom ends (where my property rights begin). Property rights are restrictions on freedom.

Thomas Hobbes is the founding father of modern political philosophy. In a Hobbesian state of nature, everyone is perfectly free. And life is total shit. Why? Because

In such condition there is no place for industry, because the fruit thereof is uncertain, and consequently, not culture of the earth, no navigation, nor the use of commodities that may be imported by sea, no commodious building, no instruments of moving and removing such things as require much force, no knowledge of the face of the earth, no account of time, no arts, no letters, no society, and which is worst of all, continual fear and danger of violent death, and the life of man, solitary, poor, nasty, brutish, and short.

To extricate ourselves from such a dire circumstance as perfect freedom, we need to (hopefully) agree on a few rules (and abide by them and enforce them). The first and most obvious one (subject to caveats later, but we’ll get to that) is the non-initiation of (physical) force. The NIOF principle. My freedom ends where your nose begins. And vice versa.

Thus the central question of political philosophy is, what property rights should people have? Or, what restrictions on people’s freedoms should there be? And these amount to exactly the same question. 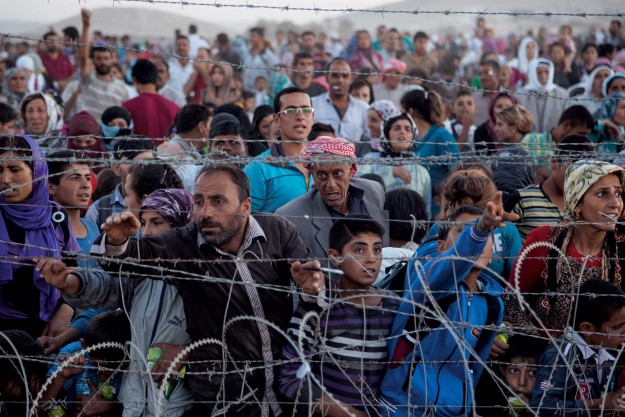 To the greatest extent, says Lew Rockwell in his article Open Borders Are an Assault on Private Property. I beg to differ, emphatically. So does Kevin Carson of the Centre for a Stateless Society, in no uncertain terms. How Low Can Lew Rockwell Go?

Did you notice my equivocation on the central question of political philosophy? I said above that

Every political ism (capitalism, socialism, communism, etc.) is defined by its theory of property rights. It says what belongs to whom, and who belongs to what.

but I also said above that

the central question of political philosophy is, what property rights should people have?

Notice how loose-talking Lew mixes it up.

In order to … reach the appropriate libertarian conclusion, we have to look more closely at what public property really is and who, if anyone, can be said to be its true owner. … Certainly we cannot say public property is owned by the government, since government may not legitimately own anything.

To be clear, the central question of political philosophy as such is the second of these questions. What property rights should people have? Or, what restrictions on people’s freedoms should there be? As noted already, these amount to exactly the same question. But I think it’s more instructive to focus on the question’s second formulation. So now let’s get down to business and ask it with respect to land ownership.

With respect to land use, what restrictions on people’s freedoms should there be? Exactly what forms of land ownership are available in the fabled land of Anarcho-Libertopia? And what is their justification?

I’m only going to point in the general direction of beginning to answer these questions. Suffice it to say, I have a nuanced view. The idea that there should be restrictions on land ownership, or even that people shouldn’t be allowed to own land at all, isn’t new. For example, geolibertarianism is a Georgist school of thought within libertarianism. The New Mutualists are their anarchist counterparts. So I’m in very good company.

So now let’s look at what Lew Rockwell says to discredit himself. How low does he go?

Now if all the parcels of land in the whole world were privately owned, the solution to the so-called immigration problem would be evident. In fact, it might be more accurate to say that there would be no immigration problem in the first place. Everyone moving somewhere new would have to have the consent of the owner of that place.

When the state and its so-called public property enter the picture, though, things become murky, and it takes extra effort to uncover the proper libertarian position.

What we believe in are private property rights. No one has “freedom of speech” on my property, since I set the rules, and in the last resort I can expel someone. He can say whatever he likes on his own property, and on the property of anyone who cares to listen to him, but not on mine.

The same principle holds for freedom of movement. Libertarians do not believe in any such principle in the abstract. … I cannot simply go wherever I like.

Land ownership is a restriction on people’s freedom of movement. Any such restrictions on people simply going wherever they like must be justified.

The problem with unrestricted land ownership is that by buying up all the land surrounding someone’s else’s slice of heaven you can effectively lay seige to that person, cut off their vital supply lines, and kill them. Only a moral monster would give the green light to, let alone actively encourage and enforce, a system that allowed such perverse and depraved outcomes. Sadly, we in the West (that is to say, our governments) have shown ourselves to be exactly this depraved, by turning away refugees at our national borders, condemning them to take their chances back in their homelands from which they were already fleeing for their lives and the lives of their children. 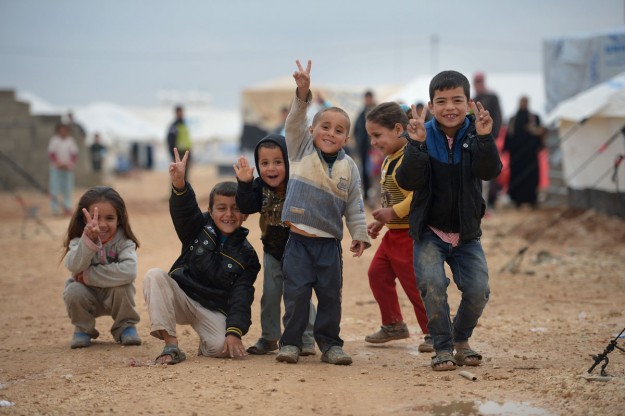 From here, observes Carson from his vantage point on the moral high ground

Rockwell continues to elaborate on an argument whose basic assumptions are — I say without equivocation — mind-numbingly stupid.

As both Franz Oppenheimer and Albert Jay Nock argued, the land of the entire world will never be universally privately appropriated by legitimate means. The only way in which every single parcel of land can come under private ownership is through what Oppenheimer called “political appropriation” and Nock called “law-made property.” And it’s no coincidence, as both of them argued, that universal appropriation of the land is a prerequisite for economic exploitation. Only when people are cut off from the possibility of homesteading and subsisting on previously vacant land, and employers are thereby protected against competition from the possibility of self-employment, is it possible to force people to accept employment on whatever disadvantageous terms the property owners see fit to offer.

That says something right there about the kind of people whose wet dream is an entire world without an unowned place to stand on, without some property owner’s permission.

Today the Rothbard-Hoppe-Rockwell kind of people that Carson rightly vilifies for their despotism in the guise of libertarian purity call themselves ancaps. And they’re fair game. You can read the rest of Carson’s demolition of Rockwell’s “wretched turd of an article” here.

So what forms of land ownership (restrictions on other people’s movements) should we allow?

In the first chapter of the Book of Job, God convenes a meeting with his angels, and Satan shows up.

The Lord said to Satan, “Where have you come from?”

Satan answered the Lord, “From roaming throughout the earth, going back and forth on it.” (NIV)

Satan freely roams the earth, going back and forth on it. How should we restrict Satan’s movements? Because no one wants Satan trampling all over their cabbages. But we don’t want to restrict anyone’s freedom of movement unnecessarily. So where do we draw the right lines when it comes to restricting land use? And how do we justify drawing the particular lines that we determine we should?

Well, as I said, I’m only going to point in the general direction of beginning to answer these questions. But let’s go right back to Hobbes and his state of nature, and ask why we would restrict our own and anyone’s freedoms at all?

It’s so that we can have a place for industry, and the fruit thereof. It’s so that we can enjoy culture of the earth, navigation, the use of commodities that may be imported by sea, commodious building, instruments of moving and removing such things as require much force, knowledge of the face of the earth, account of time, arts, letters, and society. Without continual fear and danger of violent death.

That’s my conclusion and I don’t like it much either. I welcome your comments. 🙂