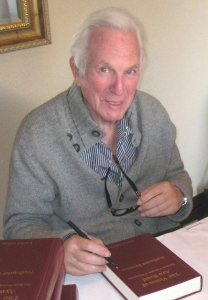 Nathaniel Branden, best known for his adulterous liaison with Ayn Rand, has died at the age of 84. And Jim Peron, best known in New Zealand for his forthright views on pedophilia, has written an approbatory encomium for the Huffington Post.

Regarded by my co-blogger Tim as “probably the best Objectivist of them all,” Branden is better known as the author of the self-help book The Psychology of Self-Esteem. Branden’s work is well regarded, and not just by Objectivists. Really, I suppose, it’s a book I should read. (And I am without excuse. I confirm that I own a copy. I just exhumed it from the stacks!)

Let’s hear it from the man himself on the topic of self-esteem and libertarianism. The talk below is insightful and thought-provoking and has an important message for libertarian activists.

I realised just the other day that all libertarians I’ve ever known (including me) are apt to commit a nasty semantic sin. See if you can spot it in the transcript below.

Did you spot it? The libertarian mentality is absolutely an entitlement mentality! Libertarians emphatically believe that they are fully entitled to the fruits of their own labours. Entitlement? Check it out in any dictionary. Or Google it. You’ll see that entitlement is “the fact of having a right to something.” Am I entitled to life, liberty and the pursuit of happiness? Yes I am!

I’m plumping for the moistie. Rand would not be the first woman to be led astray by the stirring of her loins, prompted by a silly, adolescent fantasy about the redemptive power of a white knight’s mighty sword.

So, what about Branden? What was he using for brains? Was he thinking with his big head or his little head? Hutching has the answer to that, too.

Branden was an ambitious young man, keen to make his mark. An affair with a mentor is a standard behaviour for people on their way up.

Perhaps you can now see why many Rand-worshippers despise Nathaniel Branden. (They despise his ex-wife Barbara Branden, who passed away last December, even more so.) On Facebook, my co-blogger Tim notes

no one having the Balls to pay her the Tribute she was due… and I’ll eat my hat if any Kiwi objectivist writes a tribute for Nat.

So I checked out Tim’s prediction. So far, so good. The tributes to Nathaniel Branden on SOLO are from Tom Burroughes (a British Objectivist) and Kyrel Zantanovich (a U.S. Objectivist). Then I popped on over to PC’s blog, Not PC. Nothing there so far …

But I did find an interesting recent post with the title Brain science without the brain, tagged with the label Philosophy.

Daniel Wolpert thinks we don’t have a brain to “perceive the world or think” (presumably then he thought up with his own notion with his appendix, or perhaps his descending retroperitoneal colon). That, he says, “is completely wrong.”

So while philosophers and psychologists have for centuries investigated the modes and magic of human thought, and even as we speak computer scientists are busy trying to replicate the thinking human brain in silicon, alleged neuroscientists like Mr Wolbert are instead trying to study the repository of human thought and perception without reference to either perception or thought.

I think PC is confusing what the brain is for with what the brain does. I haven’t listened to Wolpert’s TED talk (yet) so I’ll take an educated guess. I don’t think that Wolpert denies that the brain does perceive and think. What Wolpert denies is that it’s for perceiving and thinking. Wolpert, you see, is an Evolutionist and Evolutionists like to explain all human morphology and behavioural traits by reference to the selection pressures faced by our human (and not-so-human) ancestors.

Has there ever been a need to perceive and think in our postulated four billion year evolutionary history? Not directly, no, there hasn’t. There’s only ever been a need “to produce adaptable and complex movements” by some mechanism. Evolutionists ask us to believe that the miraculous human brain is what random mutation threw up to meet this need and thus was seized upon by natural selection. Now, I remain firmly agnostic about the theory of evolution, but I can’t help but smell a whiff of bullshit here.

I find it disconcerting that Evolutionists so seldom follow through and buy into the logical implications of their own atheistic materialism. Or at least acknowledge that they are maintaining contradictions. A raft of them. Rand would spew.

I suspect that Rand was smart enough to recognise that her conception of man (which is the cornerstone of her philosophy) would prove false if the theory of evolution were shown to be true. Nathaniel Branden wrote the following in his essay The Benefits and Hazards of the Philosophy of Ayn Rand.

I remember being astonished to hear her say one day, “After all, the theory of evolution is only a hypothesis.” I asked her, “You mean you seriously doubt that more complex life forms — including humans — evolved from less complex life forms?” She shrugged and responded, “I’m really not prepared to say,” or words to that effect. I do not mean to imply that she wanted to substitute for the theory of evolution the religious belief that we are all God’s creation; but there was definitely something about the concept of evolution that made her uncomfortable.

There’s no place for love, beauty or morality in a purely material world.

I’m going to give the last word on this to my co-blogger Tim because I think he nails it. He alludes to

more than just the beauty of Woman… I am saying *Beauty* itself, and my ability to experience it is evidence of God…. beautiful beaches…. sunsets……too prove this.
Thus I am saying that my sense of beauty here is more than just a genetic/ sexual urge… Thus I find a Female butterfly to be Beautiful… and a Male Peacock… and this carries over into sound, taste, smell… etc.
Why I make this point Re : Beauty is because before I was a theist, it never occurred to me just how spectacular was this relationship between the beauty of Creation, and my ability to perceive it. after my conversion it dawned on me that all this could have existed and yet if I was ‘born a tree’ I would never have appreciated any of it! Never tasted a peach… never smelled a rose…. never herd a birds song… never appreciated the sun setting over the ocean… Ie My perception was heightened as to just how miraculously God had made me… so as to be able to apprehend his greatness as an artist… The beauty of God.
On a facebook tread discussing my assertions an Atheist tried to say my ‘feelings’ and sence of beauty were merely a product of ‘Nurture’… not nature.
I retorted… Give me a break! What I am talking about is something which is a fundamental capacity designed in human beings to the degree that it’s absence would be a mental handicap… nothing to do with cultural relativism.”

There is a God! 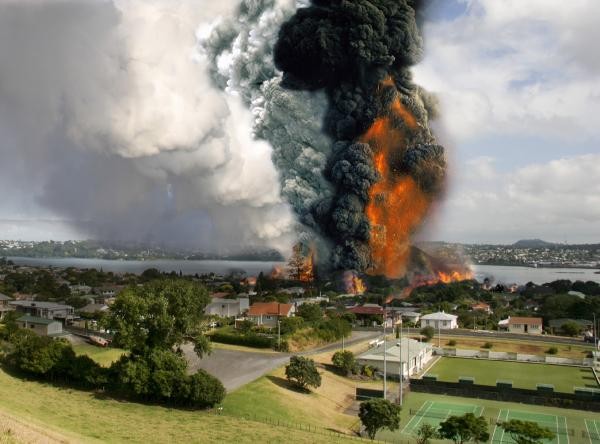 What do Niki Lauda, Hot Lips Houlihan and, now, a growing number of clandestine lab technicians have in common?

“A 70 per cent burn takes five months of treatment and will cost $700,000 to treat,” says Waikato Hospital clinical director of plastic surgery and burns, Chris McEwan. “Its impact on our ability to manage the rest of our patient load is absolutely significant. It may delay the treatment of other patients by a considerable length of time.”

The public health system is in enough financial trouble already, without this. So what’s the government to do? We need go no further than the government’s National Drug Policy to find the obvious answer.

The National Drug Policy aims to improve the health and wellbeing of New Zealanders by encouraging the development of strategies and programmes which prevent and reduce drug-related harm.

So what is the answer? I suggest something along the lines of needle exchanges for opiate users, like this one in Invercargill. Better still, we could follow the “shooting gallery” model adopted in New South Wales. 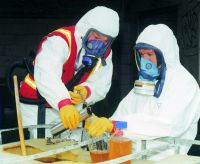 At a minimum, the government should provide free protective clothing and safety apparatus (and, of course, immunity from prosecution) to those who can prove their clandestine intent and P cooking credentials. This simple measure would, I’m sure, significantly reduce the burden on the public health system of victims of P lab explosions. Of course, to be effective, such safety gear must be used properly. I envisage that the government would also fund some training in proper laboratory procedure.

Although it would certainly cost a great deal more, ideally the government should set up centres in all P-ravaged communities where P cooks can take their dangerous chemicals and drug precursors and go about their business of manufacturing methamphetamine under the watchful supervision of qualified professionals. 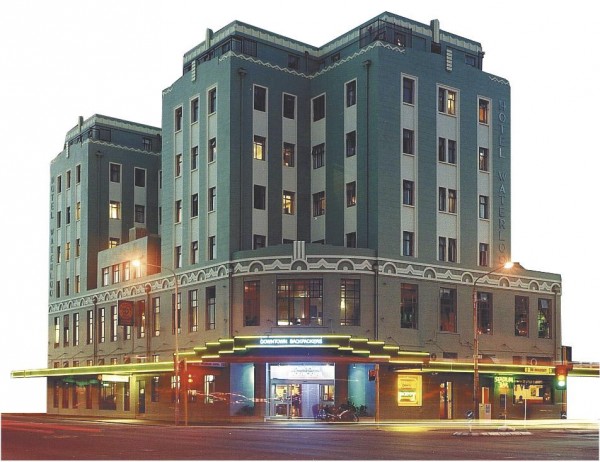 It’s been a while, but tomorrow night The New Inklings meet again! The time is 7 pm. The place is the Downtown House Bar and Cafe at the Downtown Backpackers, corner of Bunny Street and Waterloo Quay, Wellington.

the nature of rationality and what a commitment to Reason entails

So I thought I’d jot down a few recent thoughts … and start a series of posts … on this fundamentally important to everything topic.

I used to love to brandish this one at Ayn Rand’s hypocritical followers. I say ‘used to’ because it’s just dawned on me that Rand got it completely wrong! (Yet again! Wotta surprise!)

I really don’t know why I didn’t see this sooner … perhaps you don’t see it yet, so I’ll explain.

is a deductively valid argument. So to arrive at a contradiction is actually to confirm that you have at least a basic grasp of logic! Which most people don’t.