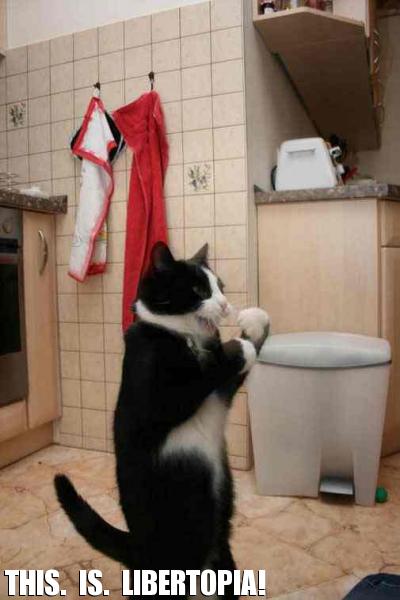 And they began to accuse him, saying, We found this fellow perverting the nation, and forbidding to give tribute to Caesar, saying that he himself is Christ a King. (KJV)

It is both a political right and an epistemic duty to change one’s mind. Well, I’ve been thinking. And I’ve changed my mind. I no longer think that Romans 13 is libertarianism’s last bastion against the unrule of the godless. Nor do I any longer think that anarchy is the unrule of the godless. That’s not anarchy, that’s totalitarian chaos. Anarchy is libertopian order and the only moral system of government.

Let every soul be subject unto the higher powers. For there is no power but of God: the powers that be are ordained of God.

Whosoever therefore resisteth the power, resisteth the ordinance of God: and they that resist shall receive to themselves damnation. (KJV)

Here’s the first question for conservative Christians. Do you think that the Founding Fathers of the United States received to themselves damnation?

Note that to render means to give back.

Here’s the second question for conservative Christians. What belongings of Caesar’s did those whom Jesus addressed have in their possession that they could return?

I hereby declare that I am a governing authority. Send me your money.