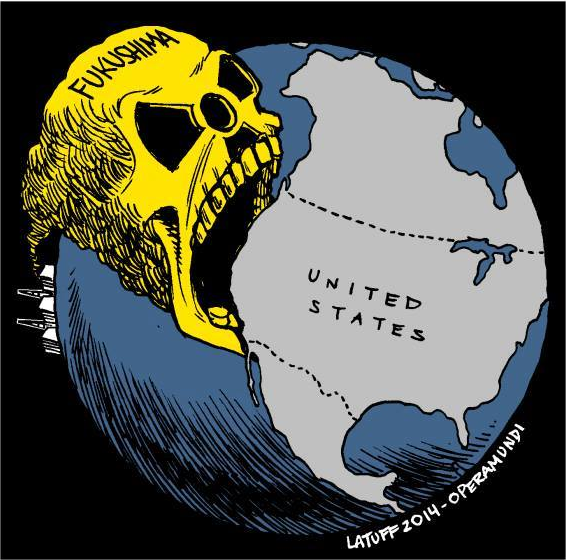 It’s hardly news, but we are overfishing our oceans and filling them with rubbish and radioactive waste.

The ocean is broken

It was the silence that made this voyage different from all of those before it.

Not the absence of sound, exactly.

The wind still whipped the sails and whistled in the rigging. The waves still sloshed against the fibreglass hull.

And there were plenty of other noises: muffled thuds and bumps and scrapes as the boat knocked against pieces of debris.

What was missing was the cries of the seabirds which, on all previous similar voyages, had surrounded the boat.

Exactly 10 years before, when Newcastle yachtsman Ivan Macfadyen had sailed exactly the same course from Melbourne to Osaka, all he’d had to do to catch a fish from the ocean between Brisbane and Japan was throw out a baited line.

“There was not one of the 28 days on that portion of the trip when we didn’t catch a good-sized fish to cook up and eat with some rice,” Macfadyen recalled.

But this time, on that whole long leg of sea journey, the total catch was two.

No fish. No birds. Hardly a sign of life at all.

Some of the rubbish that Macfadyen encountered and most of the radioactivity is there as a direct result of the devastating 2011 Tōhoku earthquake and tsunami that ensued. Even so, what we are doing to our oceans greatly worries me.

In the central North Pacific Ocean located roughly between 135°W to 155°W and 35°N and 42°N is a gyre of marine debris known as the Great Pacific garbage patch (also known as the Pacific Trash Vortex).

The patch is characterized by exceptionally high concentrations of pelagic plastics, chemical sludge and other debris that have been trapped by the currents of the North Pacific Gyre. Despite its size and density, the patch is not visible from satellite photography, since it consists primarily of suspended particulates in the upper water column. Since plastics break down to even smaller polymers, concentrations of submerged particles are not visible from space, nor do they appear as a continuous debris field. Instead, the patch is defined as an area in which the mass of plastic debris in the upper water column is significantly higher than average.

We’re talking roughly 5 kilograms of plastic per square kilometer, covering an area of ocean between 700,000 and 5,000,000 square kilometers in size. So, between 3.5 and 25 million kilograms – the equivalent of 5 billion plastic grocery bags. Still just a fraction of 1% of the more than 100 million tons of plastic garbage that floats at sea according to the United Nations Environment Programme (UNEP).

The video above is the trailer to the movie Plastic Paradise: The Great Pacific Garbage Patch.

(The North Atlantic garbage patch is a similar patch of floating plastic debris found in the Atlantic Ocean. Here‘s a picture of a man in a boat in Manila harbour in the Philippines. Rubbish, rubbish, everywhere.)

Now, just in case you thought you’d accidentally clicked on a link to Frogblog, why am I telling you this?

Because I’m wondering, what’s the libertarian solution to this particular tragedy of the commons?

Well, here’s my idea. Get a boat and a trash compactor and sail out to the Great Pacific garbage patch and create a habitable, floating island in the middle of the North Pacific Gyre. Then, start your own country!

billionaire adventurer and environmentalist David de Rothschild announced his plans to visit the trash mass on the Plastiki, a boat constructed from recycled waste and webs of plastic. Now the Plastiki has launched, and a group of architects from Rotterdam have already come up with another way to draw attention to the plastic gyre: a Hawaii-sized island made entirely out of recycled plastic. 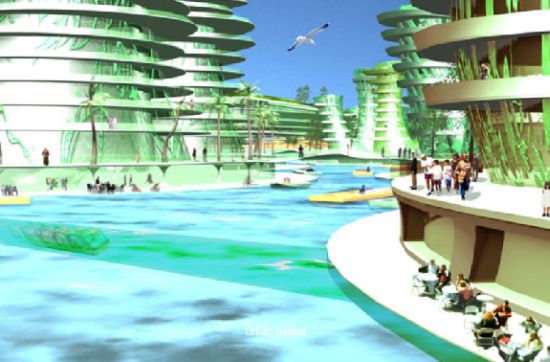 That water looks inviting! And now that US President Obama has approved his Environmental Protection Agency’s proposal to raise the levels of exposure to radiation deemed safe, in the wake of the Fukushima disaster and other radiological incidents, it should be just fine to swim in.