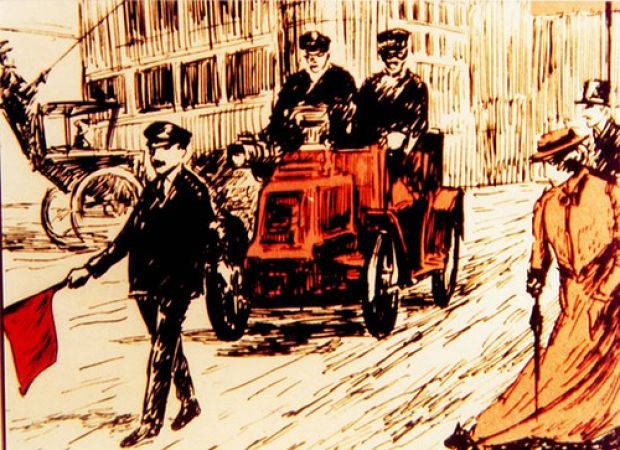 The United Kingdom’s red flag law was one of the Locomotive Acts enacted in the second half of the 19th century, requiring drivers of self-propelled vehicles (i.e., early automobiles) to take certain safety precautions, including waving a red flag in front of the vehicle as a warning.

Secondly, one of such persons, while any locomotive is in motion, shall precede such locomotive on foot by not less than sixty yards, and shall carry a red flag constantly displayed, and shall warn the riders and drivers of horses of the approach of such locomotives, and shall signal the driver thereof when it shall be necessary to stop, and shall assist horses, and carriages drawn by horses, passing the same,

The legislators behind the Locomotive Acts well recognised two salient facts. Firstly, that by far the greatest hazard on our roads is other road users. Secondly, that the faster you go the bigger the mess.

The most draconic restrictions and speed limits were imposed by the 1865 act (the “Red Flag Act”) which required all road locomotives, which included automobiles, to travel at a maximum of 4 mph (6 km/h) in the country and 2 mph (3 km/h)in the city – as well as requiring a man carrying a red flag to walk in front of road vehicles hauling multiple wagons.

Presumably, the requirement to carry a red flag was removed because of its general inconvenience and also because 23 km/h is a bit too fast to be chasing after someone carrying a red flag not less than sixty yards in front of your relentlessly pursuing vehicle.

Consider two vehicles approaching each other from opposite directions on the open road, each travelling at today’s speed limit of 100 km/h. The difference in relative velocity is 200 km/h. The only things preventing the vehicles colliding is a gap of 2 metres of air and asphalt. With, optionally, a painted line or lines to demarcate the two lanes. Oh, and the driving ability of both drivers. The chances are the the driving ability of at least one of the drivers is below average.

Now consider what a morally reckless and especially stupid idea it is to have vehicles on the same road travelling in opposite directions at high velocity. These days, only a psychopath with a road kill paraphilia would dream of proposing such an idea! But it’s what we’ve got. I guess it evolved that way, and now we’re left with the task of incrementally fixing our roads while continuing to scrape our friends and family members off them in the meantime.

Our roading system, originally built so that vehicles travelling in opposite directions can share the same road, is, was and always will be a disaster waiting to happen. 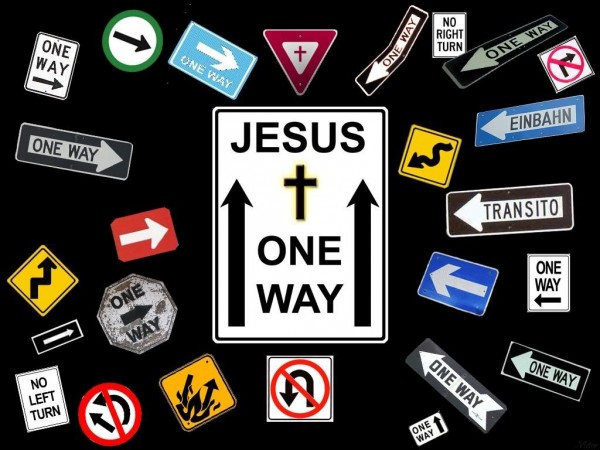