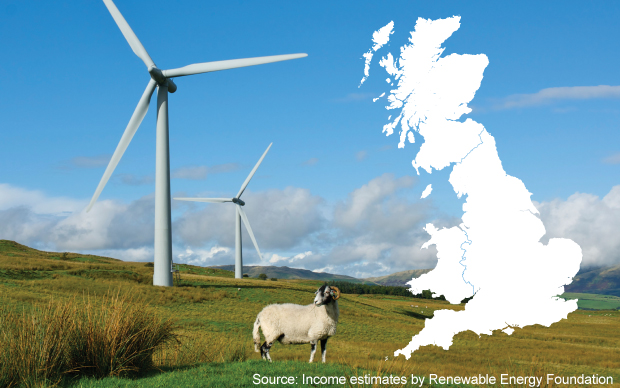 The aristocrats cashing in on Britain’s wind farm subsidies

Here again we see how taxes raped from the working class by Nanny states are funneled into the coffers of the filthy Rich.  Again it becomes clear that a small Libertarian government is to be preferred because if under liberty wealth distribution is unequal, at least it would not be so because of unjust political favouritism! Oh and lets not mention the fact that the whole issue of  Global Warming  is one big fat Socialist Lie designed to destroy freedom and private property rights and undermine Judeo-Christian values! (Agenda 21 prefers the worship of ‘Mother Earth’ to that of Jehovah, whom gave mankind dominion over the Earth and told him to subdue it-Gen1vs 27,28). Let me make it clear that I am not Anti-Wealth. I am anti-monopoly. Monopoly being defined as *Political advantage*. The point I am making is that the socialist gospel is a fraud.