“Any person who openly advocates a war on people of whom they disapprove could be called many things, most of which are uncomplimentary, but they can not be called ‘classical liberal.’ They are an authoritarian.

“I had always thought that classical liberals supported individual freedom and ownership over your own body and life,” Berry says. “Now, either I am mistaken about what a classical liberal is, or Newman truly has no political integrity. No prizes will be awarded for the correct answer.”

It was press releases like this one (and constant aggravation from Muriel Newman) that inspired me to join the Libz. Indeed, my first press release as a Libz spokesman, Smoking ban poll causes alarm, followed a week later.

There are many candidates to choose from in Tamaki this election. Most of them offer varying degrees of the status quo; only one offers the alternative of individual liberty. That candidate is Stephen Berry … 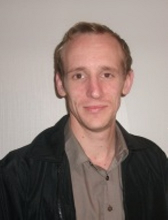 I am standing on a platform of individual freedom. Real individual freedom – not the watered down illusion that the Act party will offer. I am advocating true personal sovereignty – unlike the National party which has a constitution espousing freedom while they ban substances they do not approve of. I promote complete economic freedom – in contrast to Labour and Green politicians who wish to steal your money to redistribute to the lazy.

I am Tamaki’s only freedom candidate!

Vote Stephen Berry for Tamaki! (And give the ALCP your party vote!)