I’m inordinately fond of this quotation from comedian Katt Williams.‎

If you ain’t got no job, and you not smoking weed, I don’t know what the fuck you are doing with your life, I really don’t.

I have been a drug law reform campaigner my entire adult life. I joined NORML over thirty years ago – or tried to. I was told to wait a year or two until I turned 18. The idea of persecuting people for choosing to smoke a herb that makes them feel happy and relaxed, and enhances their appreciation of food, music and sex always seemed to me both ludicrous and wrong. There are too many smokers to arrest! 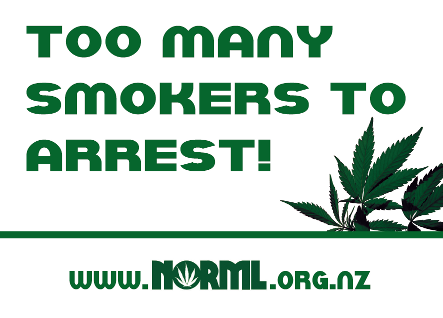 The fact that there are too many cannabis smokers to arrest makes cannabis prohibition ludicrous, but it does not make it wrong. At university I once attended an introductory lecture on critical thinking. The lecturer devoted his time to demolishing most of my long cherished arguments in favour of drug law reform. I was aghast! And chastened. I realised that deploying bad arguments for good causes is not a good idea. I also realised that I needed only one good argument in favour of drug law reform. That argument is the argument from human rights. I have a moral right to smoke cannabis! It ain’t nobody’s business if I do! The state should leave peaceful people alone to enjoy smoking weed, if that’s how they choose to spend their time.

It wasn’t until a few years later that I realised that my one good argument was actually an entire political ideology. That’s when I realised I was a libertarian. I have a moral right to earn money! It ain’t nobody’s business if I do! The state should leave peaceful people alone to enjoy earning money, if that’s how they choose to spend their time. And it should leave peaceful, productive people alone to enjoy the fruits of their labours. Prohibition is violence and taxation is theft. Both institutions depend, ultimately, on coercion by the state. Both are wrong, and for the same reason. Whatever may be open to disagreement, there is one act of evil that may not, the act that no man may commit against others and no man may sanction or forgive.* So long as men desire to live together, no man may initiate—do you hear me? no man may start—the use of physical force against others.

But, from a governmental perspective, there are differences between smoking pot and earning money. Time is money. The government can tax your money, but it can’t tax your time. Unless you try to combine smoking pot with earning money. Then you run the risk of a tax bill of several years in jail. This happened to one of the great heroes of New Zealand’s drug law reform movement, Dakta Green. Right now, he should be out campaigning for the ALCP vote in New Lynn. Instead, he’s rotting behind bars. Dakta Green says

After you’ve spent a little time in jail for growing a little weed, it tends to focus your mind on whether or not that’s a fair and proper response from authorities to our citizens. I, along with millions of others around the world, have decided that cannabis should be legally available for adults.

I’m one of those millions of people who’s decided that cannabis should be legally available for adults. That’s why, this election, I’m standing for the Aotearoa Legalise Cannabis Party. I’m the ALCP candidate for the Mana electorate, and #9 on the party list. Tick, tick!

(*This is the Objectivist version of the NIOF principle, due to Ayn Rand. Christians may not sanction, but they must forgive. Yes, even the tax collectors.)