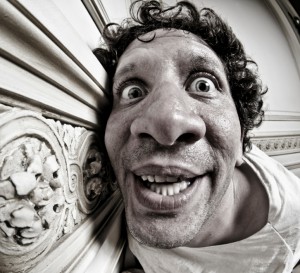 It has come to my attention that a young relative of mine, whom I love very much has just experienced a very terrible thing. He and a friend have been experimenting with illicit drugs, and just recently dropped some Bad E, and apparently his friend has suffered some sort of Brain damage. This is tragic!
No doubt many of his friends and family will be cursing the Drug dealer as ‘scum’ and will be hoping the Police bust his arse and throw him in jail for ever.

And there currently seems to be a lot of bad gear on the market. On the front page today’s NZ Herald is another story regarding ‘Tainted E’… ‘Ecstasy at Fairfield: 6 girls taken to hospital’
http://www.nzherald.co.nz/drug-abuse/news/article.cfm?c_id=181&objectid=10767817&ref=rss

The experience of having a loved ones harmed by a toxic substance can make people become ardent prohibitionists, not understanding the reality that Prohibition is actually responsible for this tragic situation. The E being manufactured by dodgy people, out of dodgy ingredients processed using dodgy equipment. Thus these concerned citizens unwittingly perpetuate the very situation that will guarantee many more tragedies like this will happen. They probably are not aware of the fact that properly manufactured E is a relatively safe recreational drug. 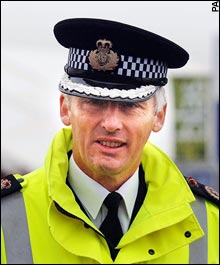 In their anger and pain, and desire for vengeance, many fail to consider the fact that Prohibition did not prevent this tragedy from occruing, nor will it ever work because the reality is most young people will experiment with drugs, and that because there is a huge market for them, Entrepreneurs will always seek to make a profit from supply.
Nor will many people consider the relevance of the government Ban of BZP Party pills, which took away another safe alternative to Black market substances.
The Waikato Times also ran a story about the school girls, and while they failed to mention that the ‘Pills were tainted, they unwittingly revealed the detremental effect of prohibition means that

…’ Because it is illegal, there is no control over the purity, amount, or type of ingredients in ecstasy
Symptoms of an overdose include death, seizures, vomiting, diarrhoea, nausea and confusion
– Waikato Times’
http://www.stuff.co.nz/waikato-times/news/6008804/Drug-puts-college-students-in-hospital

That Prohihibiton results in this chaos is one of the grim realities Prohibitionsts ignore.

Nor will they consider the Lessons of Alcohol Prohibition when Dodgy people brewed dodgy Piss using dodgy equipment, and that this resulted in ‘Tainted booze’ that poisoned thousands of people, explosions, and Gang crime. 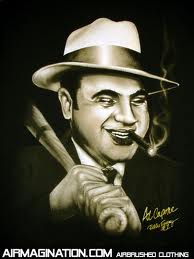 Thankfully Alcohol prohibition was abolished. Criminal Gangs no longer profit from it, Its sale is restricted to Adults with those whom sell to minors being prosecuted, and it is manufactured in a safe manor and to a high quality. It is in the interest of the legitimate brewery to manufacture good quality/ safe alcohol to avoid prosecution and to stay in business. Illness and Deaths from ‘tainted brews’ are virtually eliminated, yet if some bad brew was to hurt someone the fact that alcohol is legal does not prevent the Law from prosecuting the maufacturers.
Prohibitionists also fail to consider the corruption of society that Prohibition fosters amongst the Police, and others professionals, like chemists, Businessmen, Sports professionals etc, for eg a recent drug operation in Auckland netted two police

The chemist Ross Pulman, busted for selling Precursers for the manufacture of P

I am appalled that the Drug trade has been given over to the Underworld and such scumbags as will supply minors with Crap gear, yet I know the answer to Harm minimization lies in Ending the drug War, not escalating it. This view is now widely held… and yet the madness continues. I would like to remind you to the recent report by the Global commission on drugs which marks a milestone in the history of Law and order, and in the notions of how mankind ought best to cope with the reality of drugs in society. It is the work of a group of political heavy weights called The Global Commission on Drug Policy, in which they argue that the “global war on drugs has failed, with devastating consequences for individuals and societies around the world”. They say governments should explore legalising marijuana and other controlled substances. The commission included former UN Secretary-General Kofi Annan, former US official George P. Schultz, former US Federal Reserve chairman Paul Volcker, former presidents of Mexico, Brazil and Colombia, writers Carlos Fuentes and Mario Vargas Llosa, Virgin boss Richard Branson and the Prime Minister of Greece. The evidence they say leaves no room for doubt. The war on drugs must stop!

As a Christian Libertarian I reject the notion that oppressing drug users is a just or intellegent way to deal with drug use in society. I do not believe political force can substitue self-responciblity and personal ethics. Prohibition and persecution are not propperly Christian modus opperandi. Nor is it biblical to believe that it is possible to legislate mankind into a socialist utopia. And Drugs can save lives. There is no Eternal salvation in Drugs, yet they can bring temporal relief to misery, and a depressing reality and thereby keep people from insanity and suiside… until they find Christ.
Tim Wikiriwhi Libertarian Independent for Hamilton West.

2 thoughts on “Prohibition is a Bad trip!”