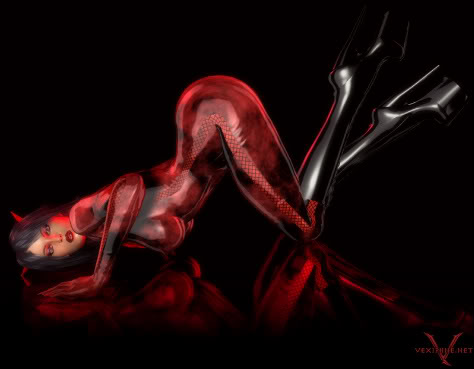 Paul Holmes wrote an article which touched upon a subject I have recently been contemplating… The Brain Dead modus opperandi of the average voter.
Its here: http://www.nzherald.co.nz/paul-holmes-on-new-zealand/news/article.cfm?c_id=1502869&objectid=10765413

It is titled ‘Phil Goff’s heartbreak – running in a race he knows he can’t win’
Here is the opening paragraph…
“The polling and the empty seats and the poor crowds of people over 90 years old must be breaking Phil Goff’s heart.
He’s been a loyal servant of the people for decades, and now the people are walking away from him.
I’ve written before about his ferocious capacity for hard work, which I witnessed once right through an all-day flight to Tokyo.
Head down in hundreds of pages of dense stuff, probably meaningless outside of the bureaucratic world but stuff he had to read and familiarise himself with.
That’s what politicians have to do: read endless screeds of boring stuff. But hard work alone doesn’t do it. Such is life.
You can talk about policy until you’re blue in the face, but in the end I wonder if people vote on policy. I don’t think they do. Most people don’t give a rats about policy. If we like the leader we vote for him.
When Holyoake was National leader, we voted for Holyoake. When Kirk came along we voted for Kirk. When Muldoon came along, we voted for Muldoon.
Rowling had a silly voice, so people continued to vote for Muldoon….”

Now I find those comments very interesting…very telling… about the dangers of unchecked Democracy…. Because it highlights the fact that Democracy in an unenlightened society… is fickle…. is Idiotic… and that it does not result in putting the best people, the most competent people in power. It shows one very important reason that the powers of Parliament must be kept to a minimum…constitutionally bound, so as to minimize the potential disaster that the elected morons and shysters can cause to the population they govern. Sadly no such restraints currently exist, and this is the primary reason successions of elected National and Labour governments have lead us into ruin.

In the past week I have talked to several people about the election and it is frightening to hear their voting Rationale.
One guy told me he was thinking of voting for the National Party’s Hamilton West candidate, Tim Macendo…. Not because he actually thinks hes been a good MP, but because in his word… “He’s the only hope of keeping Labour out of power.” Thus his electorate vote is being determined out of Fear of the Left. Now that is not necessarily an irrational fear, yet is that a proper/ wise way to Vote? He obviously thinks this is a clever strategy, yet I argue that such voting is not how one is supposed to use the electorate vote, that his argument is short sighted and a perversion of the two vote idea. It is actually very lazy because to caste a proper vote for your electorate ought to entail a thorough investigation of all the candidates and making the choice upon whom displays the most impressive character and values. That this type of ‘strategic thinking’ is very common, is one reason it is so hard for candidates from outside the ‘duopoly’ to get elected, even though they may indeed be by far the best candidate on offer. Punters will vote for the National party, or the Labour candidate irrespective of their competence.

This habit has not escaped the notice of unscrupulous Power trippers who seek to fast track themselves into Parliament. Knowing this weakness of the sheeple, they turn it to their own advantage. They will join the ranks of either National or Labour rather than any of the smaller parties…. Even if their true values better align with a minor party, because they know that by being in either of these two Parties almost guarantees they will make it into parliament within a few elections cycles. Thus these parties are filled with unscrupulous pragmatists whom would sell their Grandmothers into slavery for the sake of their own political ambitions. They are Political whores. They are prepared to actively work in opposition to minor parties that they actually believe to be right, yet choose to take a short cut into office and win personal power at the expense of their own moral convictions and principles. They are decievers.

Then you get the masses of People whom vote for their favorite Celebrity! Breakfast show hosts, Cooks, Gardeners, and Sportsman! In the Hamilton local body elections of 2007 television presenter Kay Gregory was the highest polling of all councillor candidates with 11,808 votes ( http://www.stuff.co.nz/waikato-times/news/16219/Simcock-back-down-to-business-today )
They elected her to council because they thought she was ‘Lovely’.

Several Blokes I have talked to recently say they’re going to vote for Sehai Orgrad (Labour party candidate for Hamilton West). Why? Because they think she’s ‘Hot’.
That Pisses me off! That they can be so callous as to vote for such a Nasty power tripper… consumed with her own self importance, simply because they fantasizes about ‘banging her’, is a frigging travesty! It’s a tragic example of how frivolously they choose whom will govern them, and shows plainly that many New Zealanders are unfit to participate in the democratic process. That is a ludicrous reason for deciding for whom to vote! Conversely not voting for a good and principled candidate because you think they are ‘ugly’ is equal Lunacy.

And The Media seem to think the same way. They are suckers for charisma and celebrity. An article appeared recently in the NZ Herald regarding a poll “Who was the sexiest candidate standing for election”.
http://www.nzherald.co.nz/nz/news/article.cfm?c_id=1&objectid=10765210
The lack of quality Political analysis and investigative journalism is a hallmark of the Major Media players, with very few exceptions. They are the lapdogs of the Status quo. It is almost impossible for outsiders to get their view herd in the mainstream media. This is a shameful betrayal of their moral obligations as Free press in a Democracy. Quite often the smaller Papers do a better job of informing the public about alternatives to the Satus Quo.

To think that some people are prepared to Damn our country to hell simply because they wanna vote for the Hot Demoness is a short skirt just goes to show how Democracy does not tend to deliver the highest caliber of Government, and how dangerous it is not to have constitutional restraints on Parliament! The truth is if we had a proper constitution which restricted the powers and spheres of operation of Government, this would reduce the risk to life and liberty posed by an elected Parliament of Cooks Rugby players and show girls.

We live in a Godless world that has lost faith in Principles. What is left that really matters?