By definition, there are no murder victims.

Suppose you board a bus with a suicide bomber. At the appointed stop, the suicide bomber pulls the cord to detonate the belt of explosives around her waist, hidden under her jacket … and nothing happens. She lives to die another day. No one on the bus, including you, is any the wiser. There are no victims that day. But a crime has been committed. Attempted murder is a serious crime. A victimless crime, but a serious crime, nonetheless.

If you drive home blind drunk at 150 kph, with your children unseatbelted in the back and passenger seats, and you’re fortunate enough that there is no oncoming traffic on the several occasions when you veer into the other lane … and you and your children arrive home safely … it’s a victimless crime. But a crime has been committed. Driving while drunk is a crime. A victimless crime, but a crime, nonetheless.

Some libertarians get themselves into a tangle trying to justify a prohibition on drunk driving. At first glance, the non-initiation of force (NIOF) principle seems insufficient to justify a law against drunk driving. The drunk driver who arrives home safely does not, and does not intend to, initiate force against other road users. A common libertarian perspective is one where drunk driving is seen as a breach of contract between the road user and the road owner. In a libertarian utopia, roads are privately owned, and the road owner sets the terms of road use. When it’s in the commercial interests of road owners to offer safe passage to road users (as, almost invariably, it will be), sobriety will be a contractual obligation. Take this perspective, and you get the right answer … but for the wrong reason.

Please note carefully. In cases where it is other adults only whose lives are endangered, and those adults have consented to having their lives endangered, no laws should apply.

Roads are dangerous places. When I go for a drive, I’m endangering my own life and that of others, simply by being behind the wheel, sober or otherwise. But there ought to be no law against driving per se, even though such a law would dramatically lower the road toll. But why not?

It’s really quite simple. It’s a matter of degree. The question is, where to draw the line? And the answer is, at 80 milligrams per 100 millilitres of blood.

The above figure is arbitrary, and blood alcohol level is only a proxy for driver impairment, but this approach to endangerment is right in principle. Importantly, we can quantify the risk that a driver who has been drinking poses to other road users. We can multiply the chances of a fatal collision by the number of lives lost in the collision and come up with a number. And we can set a threshold. If the number is over the threshold, you’re too drunk to legally drive. If the number is below the threshold, it’s legal to risk getting behind the wheel. 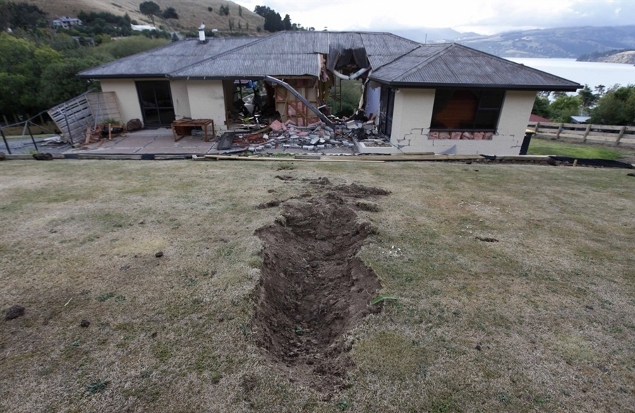 We can apply the principle of an endangerment threshold to other issues, including the issue of parents endangering the lives of their children: allowing their children to climb trees, be vaccinated, be unvaccinated, ride bikes without helmets, travel to dangerous countries, sail, eat food cooked on an unlicensed Komodo Kamado or have their children live with them in Lyttelton houses in danger of being flattened by falling boulders.

In all cases, the same endangerment threshold should apply. Is the risk of staying with your children in your Lyttelton house more or less than driving them to safety after you’ve had one drink too many?

And one last question. Who gets to decide?

20 thoughts on “Attempted murder is a victimless crime”