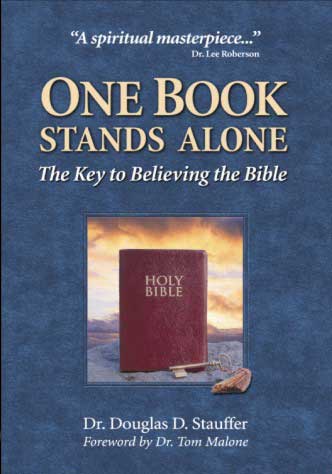 “I build on no authority, ancient or modern, but the Scripture. I want to know one thing – the way to Heaven: how to land on that happy shore. God Himself hath condescended to teach the way. He hath written it down in a book. O give me that book! At any price, give me that book of God.” —John Wesley

John Wesley understood the value of the scriptures. His quoted words were not spoken of either the original Greek or Hebrew texts. He knew that God had also given man His word within the pages of a book. Regretfully, man no longer seems willing to accept this simple truth. The same book used by John Wesley is the very book that helped establish and guide America’s unprecedented achievement of individual liberty. It triggered the greatest revivals during the Church Age. But now, this same book has been “replaced” by hundreds of modernized versions which lack the power of their predecessor.

The influences of the modern Bible college and seminary must be examined to determine how they have helped spawn this move away from the book blessed by God more than any other. For the past several decades, many so-called conservative, fundamental Bible colleges and seminaries have weakened the faith of their students concerning the inerrancy of the scriptures.

Most of these schools require that the student, eager to learn the word of God, include Greek in his course of study. He is told that Greek is the language of the word of God, even though the Bible written in his own native tongue saved him and set his soul afire. He is placed under a teacher who may or may not believe in both the inspiration and the preservation of scripture. The purpose of these courses of study is not to strengthen the student’s faith in God’s infallible word, but to teach him to become its judge.

The young student’s final authority is changed from the book he once loved and cherished to the Greek faculty and their lexicons. Soon, he is convinced that he doesn’t have the word of God at his disposal and may even wonder if it exists at all. He is taught that better and more reliable manuscripts have been discovered that were not available to the translators of 1611. Gradually, he becomes convinced that the ignorant masses (uneducated in the original languages) have been led astray from the truth. He begins to believe that his education is the answer to the Church’s woes (II Timothy 3:1-2, 7). On the contrary, this philosophy of education has significantly contributed to the spiritual drought of these last days.

Eventually, the cycle continues when the Bible student graduates and moves on to serve in the pastorate. He unintentionally begins to convince his congregation that his knowledge of the original languages makes him spiritually superior to them. He becomes their final authority, and clergy/laity class divisions begin to emerge. One should recognize the similarities between this unfortunate scenario and that found in the Roman Catholic Church’s exclusive use of the Latin language and institution of the priesthood system to blind the multitudes. Thus, many “Protestant popes” emerge, each seeking elevation on a man-made pedestal.

When Jesus spoke, “…the common people heard him gladly” (Mark 12:37). In contrast, the majority of the scholars and religious leaders rejected and resisted Him. History repeats itself because “there is no new thing under the sun” (Ecclesiastes 1:9). Bible colleges and seminaries need to teach the Bible as infallible and the original languages as a means to convince the gainsayers (Titus 1:9), not as a tool to “correct” that which needs no correction. The moment a person runs to the Greek or Hebrew lexicon he is about to give you his private interpretation (II Peter 1:20). This is true because the lexicon will have a choice of words that could be used, and he will have to decide which is right. 1

The misdirection of one’s final authority may not be readily apparent, but the confusion caused by the various versions of the bible is easily recognizable. Are all of the different versions necessary or inspired of God? Do multiple textbooks (bibles) make sense? Consider this: No teacher would ever teach a history, science, or math class and instruct everyone to bring his favorite textbook version to class. However, this identical situation is repeated in churches every Sunday. The preacher “preaches” out of one version and the people in the pews potentially have a dozen or more other versions from which they “follow along,” creating confusion and chaos (I Corinthians 14:33)!

The King James Bible is the word of God for the English-speaking people. There is no other. God provides, and Bible believers cite, many reasons for this truth. In any analysis, we should first consider the scriptural testimony. The Bible irrefutably tells us that God will preserve His word, and not allow it to pass away. Furthermore, scripture tells us that God magnified His word above all of His name. For these reasons and many others, Satan has reveled in creating doubt concerning the authority of the words of God.

As we study some of the facts concerning manuscript evidence, the first point to be understood is that there are over 5,200 ancient manuscripts in existence today. The vast majority of these manuscripts from all over the world (including Greece, Asia Minor, England, Ireland, Constantinople, Syria, Africa, Gaul, and Southern Italy) support the King James Bible. However, the two ancient manuscripts that are the major foundation for the modern versions come from one locale – Alexandria, Egypt. During the early Christian centuries, Egypt was a land in which heresies were rampant. Today, we find that the Muslims are the predominant group controlling this region. The same was true two thousand years ago – except under a different name.

One Bible stands alone, originating from a completely different source than all of the modern versions. The evidence supporting the rejection of the Alexandrian (Egyptian) texts and the acceptance of the manuscripts underlying the KJB is overwhelming. Keep in mind that many works have been dedicated to uncovering the scriptural truths and historical facts presented in summary form here. In any discussion, we must first consider the scripture supporting one’s Bible position.

To be continued… (Or click the link at the top)