“I am a Christian,” wrote Thomas Jefferson in a letter to Benjamin Rush.

To the corruptions of Christianity I am, indeed, opposed; but not to the genuine precepts of Jesus himself. I am a Christian, in the only sense in which he wished any one to be; sincerely attached to his doctrines, in preference to all others; ascribing to himself every human excellence; and believing he never claimed any other.

Was Jefferson a Christian? Discuss.

You may say, “It depends on what you mean by ‘Christian’,” but it doesn’t. Was Jefferson a Christian? The truth depends on historical facts about Jefferson and what he believed, not on contemporary facts about me and what I had in mind when I asked the question.

The meaning of a word depends on the conventions that govern its use.

I can use the word ‘Christian’ in an unconventional sense. But if I do, then until and unless my non-standard use of the word catches on and itself becomes part of the norm, there is a mismatch between what I say and what I mean. To take a different example, when Ayn Rand said that selfishness is a virtue, she did not mean what she said. (She said that selfishness is a virtue. But it’s not.) She did, however, say what she meant. (She meant that self-interest is a virtue. And it is.)

Was Jefferson a real Christian? Discuss. 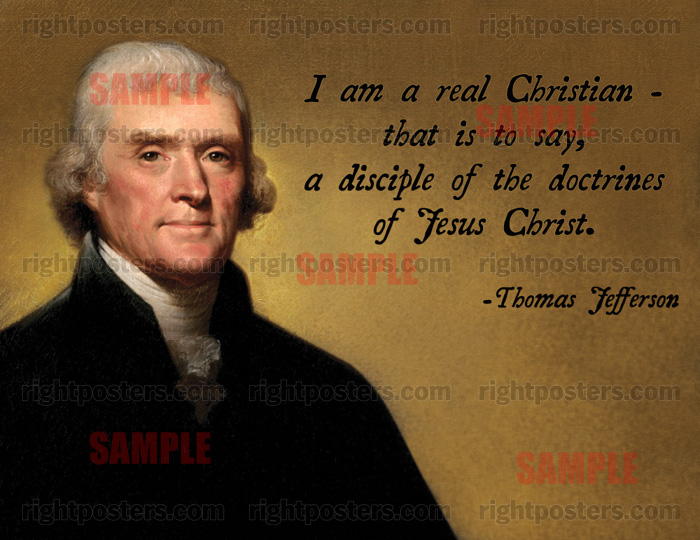