Jesus said, “Follow me, and I will make you fishers of men.”

Did you follow through? Good catch? Jesus wants to know how you’re doing.

Submit a follow-up report. Doesn’t have to be much. A picture says a thousand words. 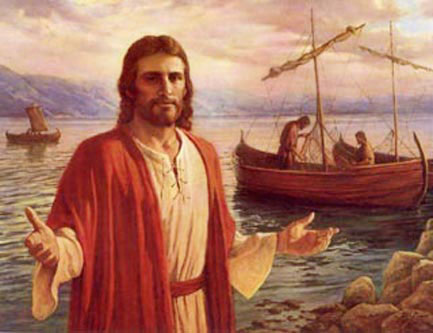 Empty catch? Oh. Well, never mind. Here’s one from one that got away, atheist Mark Hubbard.

Another piece where I need say little other than shine the torch of liberty down the new tunnel being built to the Police State: http://www.stuff.co.nz/technol…

The article doesn’t State the SS officer in Wellington behind this one, but it smacks of Frau Collins, fresh from her victory of having destroyed one of the central planks of a free press: the right of a journalist to protect a source from the (largely incompetent) storm troopers at SFO: http://www.solopassion.com/nod…

Anyway, the new affront, and by now routine assault on our liberty under the brute fist of the Nanny State and her crony capitalists:

The Privacy (Information Sharing) Bill reduces the threshold under which information can be disclosed if there is a risk to public health and safety or threat to the life or health of an individual.

It also allows the sharing of personal information between agencies if done in accordance with approved information-sharing agreements.

So government departments can now share information about me, including with private sector cronies, on grounds of public health and safety. You don’t even need to have read Orwell, just watch the six o’clock news, to know there is nothing that can’t be justified somehow under the catch-all ‘public health and safety’.

As fast as the previous Labour Socialist Statists financially raped and plundered the productive with their envy taxes, these National Socialist Statists are destroying individual liberty at a similar breath-taking pace. This State we live in, behind the IRon Drape, is huge: there’s no where you can hide from it, and that’s just how they want it, sorry, you. That’s just how they want you, your life and bank accounts available to them at all times. And the sheeple go ‘bah bah, get Mark Hotchin, tax the rich pricks, redistribute, redistribute’.

Thanks, Mark, for keeping the torch of liberty burning. (Aren’t you supposed to be on holiday?)