Just how big is Big Government in New Zealand?

Well, if you print off a list of all the government departments, state-owned enterprises, councils and quangos, there are 407 of them.

Hard to visualise, isn’t it? Libertarianz is here to help you out. 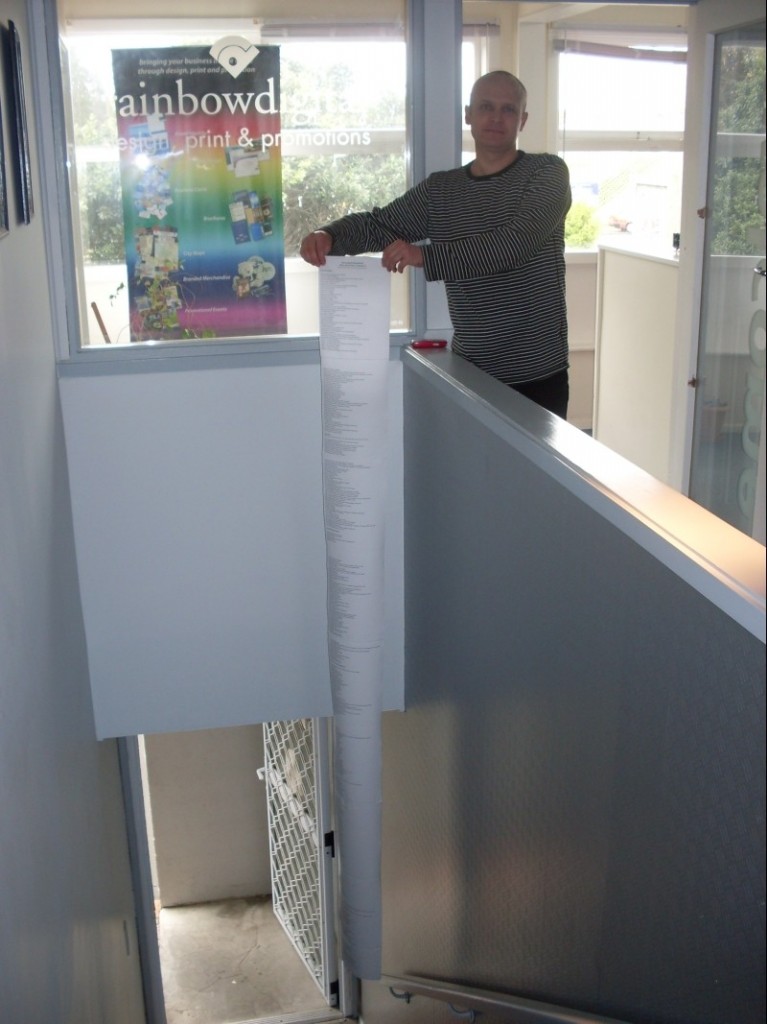 That’s nine pages of normal-sized text. It reaches from floor to ceiling, with inches still lying on the carpet. 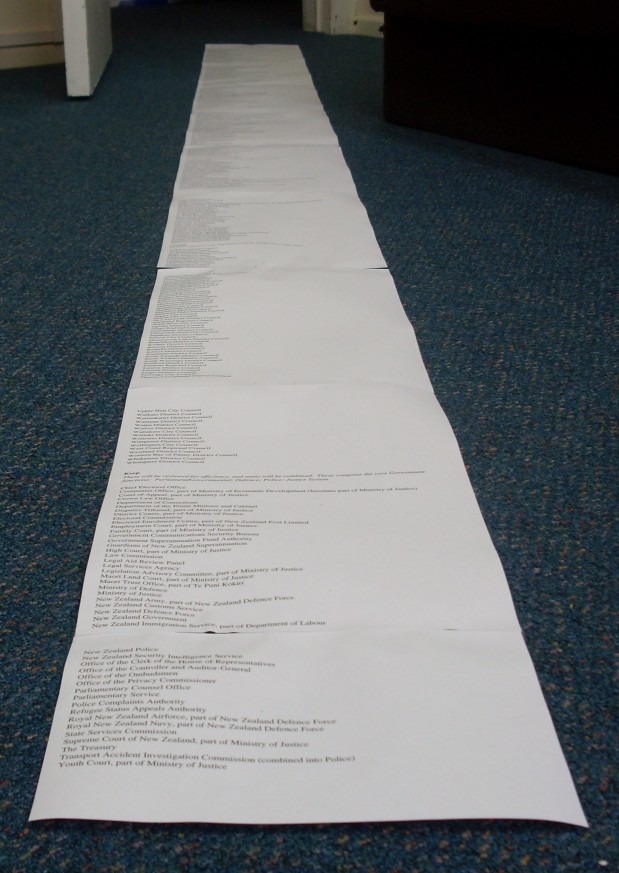 You can find the whole list below, or look at it here.

Government Departments, SEOs, QUANGOs, Councils, etc.
And their fates under a Libertarianz government …

Distribute to community through shares

Keep
These will be reviewed for efficiency, and many will be combined.
These comprise the core Government functions:
Parliament/Governmental; Defence; Police; Justice System

8 thoughts on “Gone by lunchtime!”