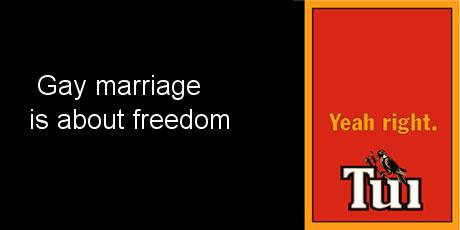 For those that think that advocating gay marriage is libertarian I have a question… what are homo couples being denied if government doesn’t legislate regarding same sex marriages?

It has been said if you don’t want gay marriage don’t have one – to that I say – just bugger off!