Two blondes, one dress – a recipe for a catfight

Drinks were thrown and blood was spilt when two blondes clashed in a bar about who looked best in a silver dress, a jury has been told.

Victoria Clapham, 22, wore the dress on a night out in central Wellington late last year. It was given to her by her friend Matthew Vibert and his mother – but she says she did not know he had previously given it to another woman.

Its first owner, Bridget Masters, 20, was Mr Vibert’s former girlfriend, and sparks flew when the two blondes crossed paths in the toilets at the former Temperance Bar on November 28.

In Wellington District Court yesterday Ms Clapham denied telling Masters that the dress looked better on her. The dress is not an exhibit in court and was not photographed for the jury to see. 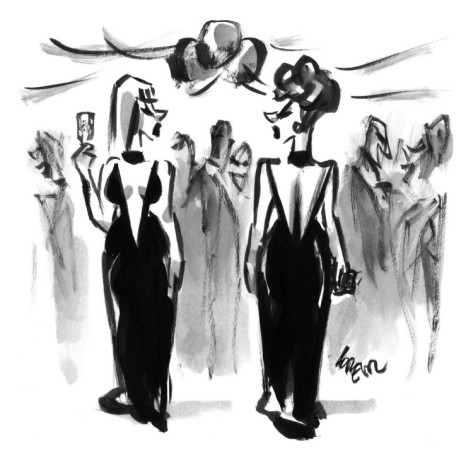 but I couldn’t find a picture of two women wearing the same dress. The very same dress.

Your search – “two women wearing the very same dress” – did not match any image results.

Advocates of so-called “intellectual property” would claim otherwise. They believe in patents. ‘Patent’ is basically a euphemism for a government granted and enforced monopoly. Were the government to grant you a patent on the bicycle, it would place a restriction on the freedom of everyone else to do what he wishes with his own property. (E.g., if you patent a bike, then that means I can’t use my steel and rubber to make my own bike!)