Yesterday Brian Borland AKA Dakta Grower handed himself in to the police, admitting to growing, to make a statement about his belief in the cause. 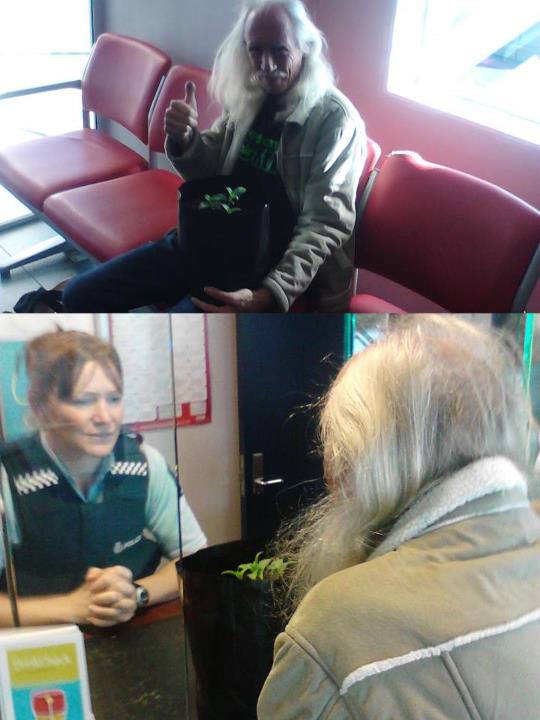 Dakta Grower is a cannabis grower, a founding member of the Daktory, and MaryJane the Cannabus’s refurbishment engineer. And he’s a hero! Here’s some further autobiographical information from Dakta Grower’s Facebook profile.

No story is complete without its history, and mine starts in 1977 with the first time I would be busted for possession. This of course failed to deter my appreciation of the “herb” and consumption continued.

First charge of cultivation in January of “95″. I entered a plea of “guilty of breaking the law, but not guilty of any crime”. Sentence was three months P. D. and I thought it was quite ironic when, about 9 o’clock on the first morning of P.D, one of the boys “sparked up” the first joint of the day. I also found a source of supply. As I staunchly believe, that adults should have the right to grow for their own use if they wish, I had no hesitation in growing again. The second was in May “98”. The cops raided my place while I was out, and even though everything they were after was easy to find, I arrived home to find the place torn apart. This search failed to turn up anything else. Same charges and plea as previously. As I had a business and was working 7 days the judge only fined me $500, which wasn’t to bad considering I had fourteen females some of which were mature.

I moved into an industrial unit half way through ’99 and in November I was busted yet again. This was the most civilized of them all. There were only two officers, who didn’t bother to search much, as they accepted, that all I had was the eleven mature plants and sixteen seedlings. Same charges however. By now I was sick of losing plants and replacing lights, so this time I went not guilty and refused to pay a fine or do P.D. At the time I had $1500 of unpaid fines, including the $500 from the previous conviction. Result was a 9 month suspended jail sentence and the judge wiped the fines. This was a very pleasing result indeed.

Fourth bust. I am usually very security conscious, except, on this occasion I had the roller door raised while I cleaned up. All of a sudden an army of cops descended on me. Turns out there were 10 cops, a dog and a paddy wagon, all for me and my sixteen plants. How’s that for efficient use of police resources? Again the place was torn apart and again the search failed to turn up anything extra. They did however, manage to miss some hash that I had made using the ice water method. So at least I had some smoke to soothe the nerves when I arrived home. Later that day I started more seeds. While I was waiting in line for the remand window at the Henderson court to open, I got talking to a guy that had been busted for possession. This fellow smoker kindly gave me six clones and “blew me out” with a sample.

Every one of these busts was as a result of being “DOBBED IN” as other than this I am a normal, law abiding, tax paying citizen. So now I was really pissed off. and I really didn’t care what they did to me. I would continue to grow my own. To prove this point, I took four small seedlings into the Henderson police station and “dobbed” myself in. The next day I took another one in. I was charged for the first one but they wouldn’t charge me the second time and a third would get me trespassed.

On Monday the 22nd of November about 7:30 pm there was a knock on the door of the industrial unit that I live in (Although this was closed, it…….. Part 2 later

Props to Dakta Grower and kudos to Brian Borland! 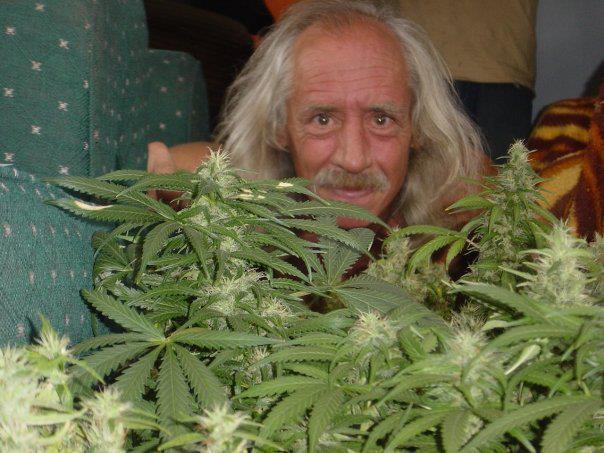 Imagine how quickly cannabis prohibition would roll to a grinding halt if every cannabis grower and every cannabis smoker in the country handed themselves in to the police … daily.