An educated friend of ours tells me he finds the notion of thinking matter to be incomprehensible … he’s been steeped in dualism too long!

We have the ideas of matter and thinking, but possibly shall never be able to know whether any mere material being thinks or no; it being impossible for us, by the contemplation of our own ideas, without revelation, to discover whether Omnipotency has not given to some systems of matter, fitly disposed, a power to perceive and think, or else joined and fixed to matter, so disposed, a thinking immaterial substance: it being, in respect of our notions, not much more remote from our comprehension to conceive that GOD can, if he pleases, superadd to matter a faculty of thinking, than that he should superadd to it another substance with a faculty of thinking; since we know not wherein thinking consists, nor to what sort of substances the Almighty has been pleased to give that power, which cannot be in any created being, but merely by the good pleasure and bounty of the Creator.

Whether Matter may not be made by God to think is more than man can know. For I see no contradiction in it, that the first Eternal thinking Being, or Omnipotent Spirit, should, if he pleased, give to certain systems of created senseless matter, put together as he thinks fit, some degrees of sense, perception, and thought: though, as I think I have proved, … it is no less than a contradiction to suppose matter (which is evidently in its own nature void of sense and thought) should be that Eternal first-thinking Being. 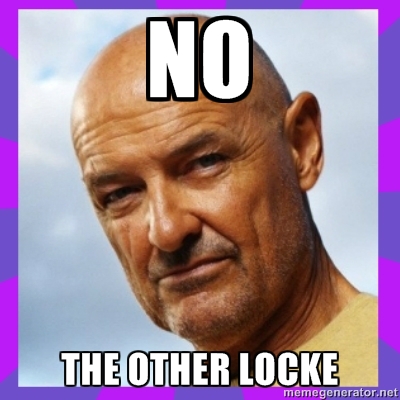 What certainty of knowledge can any one have, that some perceptions, such as, v.g., pleasure and pain, should not be in some bodies themselves, after a certain manner modified and moved, as well as that they should be in an immaterial substance, upon the motion of the parts of body: Body, as far as we can conceive, being able only to strike and affect body, and motion, according to the utmost reach of our ideas, being able to produce nothing but motion; so that when we allow it to produce pleasure or pain, or the idea of a colour or sound, we are fain to quit our reason, go beyond our ideas, and attribute it wholly to the good pleasure of our Maker. For, since we must allow He has annexed effects to motion which we can no way conceive motion able to produce, what reason have we to conclude that He could not order them as well to be produced in a subject we cannot conceive capable of them, as well as in a subject we cannot conceive the motion of matter can any way operate upon?

I say not this, that I would any way lessen the belief of the soul’s immateriality: I am not here speaking of probability, but knowledge; and I think not only that it becomes the modesty of philosophy not to pronounce magisterially, where we want that evidence that can produce knowledge; but also, that it is of use to us to discern how far our knowledge does reach; for the state we are at present in, not being that of vision, we must in many things content ourselves with faith and probability: and in the present question, about the Immateriality of the Soul, if our faculties cannot arrive at demonstrative certainty, we need not think it strange.

All the great ends of morality and religion are well enough secured, without philosophical proofs of the soul’s immateriality; since it is evident, that he who made us at the beginning to subsist here, sensible intelligent beings, and for several years continued us in such a state, can and will restore us to the like state of sensibility in another world, and make us capable there to receive the retribution he has designed to men, according to their doings in this life. And therefore it is not of such mighty necessity to determine one way or the other, as some, over-zealous for or against the immateriality of the soul, have been forward to make the world believe. Who, either on the one side, indulging too much their thoughts immersed altogether in matter, can allow no existence to what is not material: or who, on the other side, finding not cogitation within the natural powers of matter, examined over and over again by the utmost intention of mind, have the confidence to conclude- That Omnipotency itself cannot give perception and thought to a substance which has the modification of solidity.

He that considers how hardly sensation is, in our thoughts, reconcilable to extended matter; or existence to anything that has no extension at all, will confess that he is very far from certainly knowing what his soul is. It is a point which seems to me to be put out of the reach of our knowledge: and he who will give himself leave to consider freely, and look into the dark and intricate part of each hypothesis, will scarce find his reason able to determine him fixedly for or against the soul’s materiality. Since, on which side soever he views it, either as an unextended substance, or as a thinking extended matter, the difficulty to conceive either will, whilst either alone is in his thoughts, still drive him to the contrary side. An unfair way which some men take with themselves: who, because of the inconceivableness of something they find in one, throw themselves violently into the contrary hypothesis, though altogether as unintelligible to an unbiassed understanding. This serves not only to show the weakness and the scantiness of our knowledge, but the insignificant triumph of such sort of arguments; which, drawn from our own views, may satisfy us that we can find no certainty on one side of the question: but do not at all thereby help us to truth by running into the opposite opinion; which, on examination, will be found clogged with equal difficulties. For what safety, what advantage to any one is it, for the avoiding the seeming absurdities, and to him unsurmountable rubs, he meets with in one opinion, to take refuge in the contrary, which is built on something altogether as inexplicable, and as far remote from his comprehension?

It is past controversy, that we have in us something that thinks; our very doubts about what it is, confirm the certainty of its being, though we must content ourselves in the ignorance of what kind of being it is: and it is in vain to go about to be sceptical in this, as it is unreasonable in most other cases to be positive against the being of anything, because we cannot comprehend its nature. For I would fain know what substance exists, that has not something in it which manifestly baffles our understandings.

Other spirits, who see and know the nature and inward constitution of things, how much must they exceed us in knowledge? To which, if we add larger comprehension, which enables them at one glance to see the connexion and agreement of very many ideas, and readily supplies to them the intermediate proofs, which we by single and slow steps, and long poring in the dark, hardly at last find out, and are often ready to forget one before we have hunted out another; we may guess at some part of the happiness of superior ranks of spirits, who have a quicker and more penetrating sight, as well as a larger field of knowledge.